HomeCompany NewsLessons on the power of sharing, compassion and cooperation, as taught by...

Book review: Running with Sherman. The Donkey Who Survived Against All Odds and Raced Like a Champion. By Christopher McDougall. Profile Books, 339 pages. 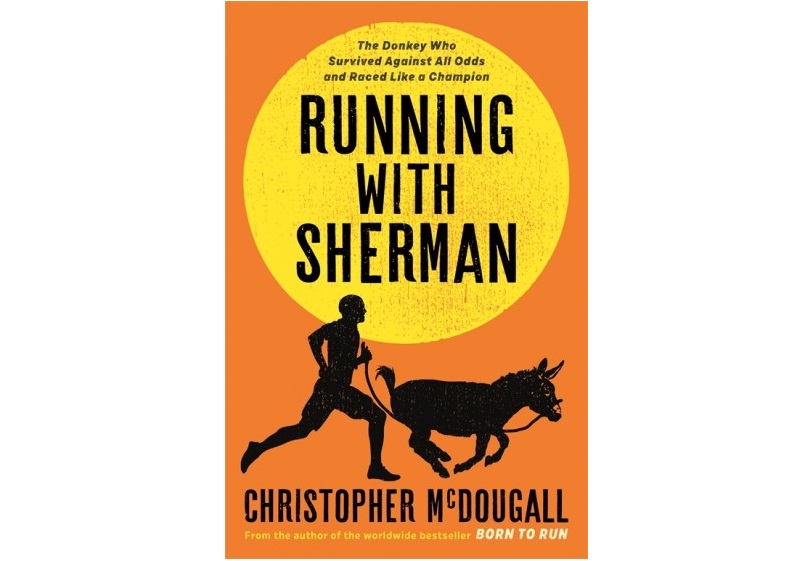 If humans are eager to find “some task that feels urgent and perfectly suited to our skills”, isn’t it logical to assume that “every other creature” wants the same? This is one of the intriguing questions that animates Christopher McDougall’s new book, Running with Sherman. The Donkey Who Survived Against All Odds and Raced Like a Champion.

The question is posed by a canine psychologist in a discussion about detection dogs who can find the tiniest evidence of explosives in an environment designed to distract them. They have a purpose and they are fulfilled, just as humans — and donkeys — would be if they could find a purpose in life.

McDougall’s previous book, Born to Run: A Hidden Tribe, Superathletes, and the Greatest Race the World Has Never Seen, told the story of members of a Native Mexican tribe who can run great distances at speed in sandals. The book quickly became a best-seller and started an interesting scientific debate about whether the modern running shoe is causing running injuries.

Running with Sherman is no less a serious book, but McDougall succeeds in blending a fast-paced narrative with science-based polemics, some funny anecdotes and a good dose of inspiration. The story is never dull, and the lively style contributes to the sparky mood. The author’s determination to sometimes tip the tone into hyper-informality can be a bit tedious (Holy Moly, it sure can) but he is obviously an informal kinda guy, so what the heck! What can’t be excused is the absence of an index in a book that aims to persuade and quotes scientific studies.

The author and his wife Mika take a bedraggled and abused donkey into their care on their farm in Lancaster County, Pennsylvania. The donkey is re-named Sherman. A practical neighbour helps Sherman get the physical care he needs while McDougall comes up with a strategy to mend his mind, by running with him in a race up and down a mountain. But not just any kind of running, running with the equipment of a prospector (shovel, pick and gold pan) tied to a saddle and running in the World Championship Pack Burro Race in Colorado, 4 000 m above sea level. Burro is Spanish for donkey.

More than once while reading this book I thought, “Only in America!” Not only is this burro race part of an annual series of burro races in the state of Colorado, there are some runners who are able to make a living from running during the burro-racing season (not many runners, and not for long, but still!) Given the author’s long-distance running credentials, it is no surprise that he knows about this race. The bulk of the book is about preparing Sherman for the race and the lessons learnt along the way.

Most of the McDougall’s neighbours are Amish. Where these neighbours (and other somewhat unconventional folk) play a big role is in highlighting the important role of community in creating happiness and in reminding the author how far modern society has moved away from working with and learning from animals.

Part of his thesis is that man’s relationship with animals helps humans be better humans. They are also great therapists. McDougall cites studies relating to war veterans and criminals in jail on the benefits of interacting with animals. And then there’s the story of a young man who is the son of a friend. Zeke has lost his purpose since stopping competitive swimming and dropping out of university.

His story becomes part of the book. Because two other donkeys have been roped in as a support team for Sherman and the author and Mika have their hands full, Zeke gets to prepare Sherman for the race. McDougall worries that lining up a young man with issues with an animal with “hooves, sharp teeth and a seriously troubled past” will spell trouble but Zeke’s mother understands immediately, and it works.

“Sherman became his purpose. He’d found someone else who needed healing.”

McDougal makes big claims about the role of animals in healing, but he is equally strong on the power of exercise.

“Today, movement-as-medicine is a biological truth for survivors of cancer, surgery, strokes, heart attacks, diabetes, brain injuries, depression, you name it.” It’s a truth he applies to Sherman.

Sherman has a very distinct personality and the advice that the author takes on board, about getting the donkey to believe that doing something is his idea, is well taken.

Another author who travelled with a donkey about 130 years ago noted that his companion was “patient” but also, suggesting that traits of stubbornness were not far away, that the donkey had “a determined under-jaw.” That author was Robert Louis Stevenson in Travels With a Donkey in the Cévennes.* The donkey was named Modestine and what appealed to the author of Treasure Island was “something neat and high-bred, a quaker-ish elegance” about the “rogue”.

McDougall’s conclusions about animals and therapy also find an echo in RL Stevenson’s reflections on the benefits of struggling to keep a pack on a pack-saddle in tough conditions: “And when the present is so exacting who can annoy himself about the future?” The effort, wrote Stevenson, “serves to occupy and compose the mind.”

The story of making the modern-day rogue called Sherman ready for stiff competition makes for an entertaining read, made informative and thought-provoking by McDougall’s timely and relevant digressions.

There are some profound conclusions about how to finish a burro race that the world could use right now: “forget about dominance and ego and discover the power of sharing, compassion and cooperation”.

Finally, there was “one thing” that McDougall believed could save Sherman. That was movement, because movement (especially after injury or trauma) sends a signal “to every cell in our bodies that no matter what kind of damage we’ve suffered, we’re ready to rebuild and move away from death and back toward life.”

This is a life-affirming book.

* Travels With a Donkey in the Cévennes by Robert Louis Stevenson was chosen by Robert McCrum in 2017 as one of the Guardian’s 100 best non-fiction books. I found these references in the Books section of the Guardian website.