KO Victory for the SBS Tanks® ‘Fight for Water’ Campaign 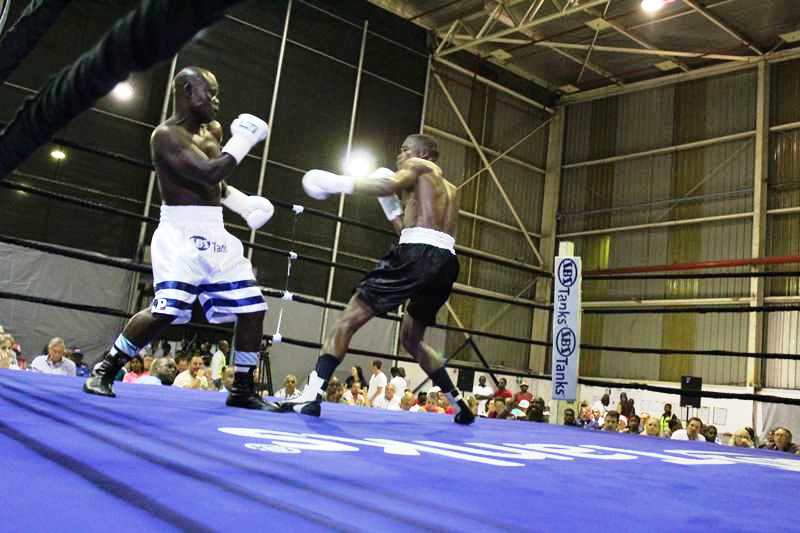 SBS Tanks® has stepped into the sporting arena to team up with KZN Boxing in a new campaign called ‘Fight for Water’, which has been fully sanctioned by Boxing SA. This sponsorship hopes to empower KZN rural communities with essential access to water through the supply of SBS water tanks, while simultaneously creating a platform to showcase South African boxing talent.

‘Fight for Water’ was recently launched at the SBS Tanks® Head Office in Pinetown when champion boxers, Chris Buthelezi and Masixole Botile, entered the ring and went head-to-head in an eliminator for the vacant SA Super Middleweight title and a cause they believe in – rural community upliftment. Remarkably, after eight rounds of exemplary boxing, the inaugural fight concluded in a draw.

Fans supporting ‘Fight for Water’ enjoyed a full entertainment line-up with a grand total of seven exciting fights that ranged across different weight divisions and featured a few debut fights. Boxing enthusiast, Darren Maule from East Coast Radio, weighed-in as ring announcer and boxing royalty, Francois ‘The White Buffalo’ Botha – a former professional boxer who faced greats such as Mike Tyson – took front row to support his son, Middleweight Marcel Botha, in his clash against Mpumalanga’s Ntobeko Makeleni, which Botha on by TKO. Another drawcard was the Heavyweight bout where KZN’s Marc Subramoney won his fight against Akeem Tijani from Nigeria, with Subramoney also winning by TKO.

The ‘Fight for Water’ idea was sparked through the synergy of visionary SBS Tanks® Managing Director, Delayne Gray, and the passion of KZN boxing promoter, Mike Dube in his attempt to find a way to use boxing to raise funds for a water tank to serve a rural community.

“After being approached by Mike Dube, we were very excited about getting involved in a long-term project that would use sport as a tool to assist with essential access to water for KZN rural communities, and support the local boxing community. This is our first sport sponsorship venture and we are thrilled at the success of the launch event. Looking ahead, we believe that through our involvement SBS Tanks® will add value to marginalised sports that don’t yet have a voice,” said Gray.