The HRDCSA has identified five key areas where the skills pipeline must be improved. 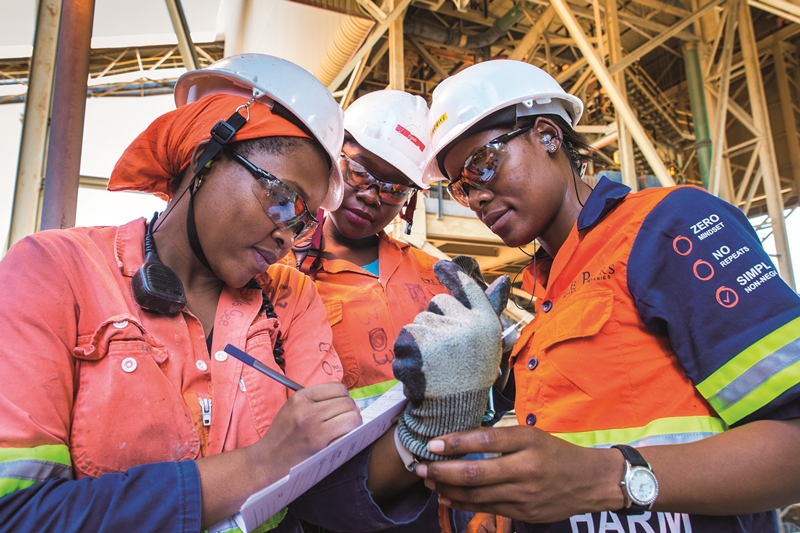 Participation in the WorldSkills International (WSI) competition showcases talented young South Africans, but also highlights the need to get young people enthused by the idea of becoming artisans and technicians. The National Development Plan (NDP) envisages South Africa producing 30 000 artisans per year by the year 2030. The current figure is about 13 000 per year.

South Africa has one engineer to every 3 166 citizens, compared to Malaysia where the figure is 543 citizens per engineer. The Skills Development Amendment Act is intended to improve the situation, and not only in engineering. Several institutions have been created to help guide policy in skills and training, and to guide the actions of training institutions.

Sector Education and Training Authorities (SETAs) collect dues from companies in a particular industry (Wholesale and Retail, Banking, Construction, Chemical Industries, for example) to promote training in that industry. A percentage of this money is returned to the company if that company can show that they have a workplace training plan. The rest of the money is used by the SETA to offer skills training.

In the Eastern Cape, the Manufacturing, Engineering and Related Services Authority (MerSETA) plays an important role in supporting skills development in the automotive and automotive parts sector. The authority is involved in the National Tooling Initiative and artisan training, especially with regard to creating a skilled workforce for the Coega Industrial Development Zone. MerSETA helped establish the Centre of Excellence for Welding at the Eastcape Midlands TVET College in Uitenhage.

A national programme of the Local Government SETA (LGSETA) offers learnerships in auditing to municipal employees.

The National Skills Authority (NSA) works with SETAs in carrying out the National Skills Development Strategy (NSDS). The Human Resource Development Council of South Africa (HRDCSA) is an over-arching body that aims to give guidance to the many institutions working on skills development and training. It is managed by the DHET.

A key element in delivering skills training are Technical and Vocational Education and Training (TVET) colleges, which are tasked with bridging the skills gap in South Africa. TVET colleges are concentrating on 13 trade areas, including bricklayers, millwrights, boilermakers and riggers.

Large amounts of money are spent on basic education at schools, but there has also been a big increase in spending on TVET colleges, reflecting the state’s concern to develop the skills of the country’s workforce. R16.5-billion has been allocated by national government to skills development and infrastructure over the medium term.

The HRDCSA has identified five key areas where the skills pipeline must be improved:

In KwaZulu-Natal, the Maritime School of Excellence trains students for the Sharks Board, Transnet Port Terminals (TPT), Transnet National Ports Authority (TNPA) and for the wider field of maritime and logistics employers. More than 250 students graduated in 2016 as cargo coordinators, marine pilots, tug masters and operators of lifting equipment.

Creative interventions from industry bodies such as the Engineering Council of South Africa (ECSA) are also creating new pathways for training. The ECSA has started a programme whereby trainees can earn certificates in specific disciplines from a broader range of institutions. The qualifications will be in line with the council’s Exit
Level outcomes.

Six of South Africa’s biggest construction companies have established a R1.25-billion skills fund which will be deployed to fund programmes that will teach relevant skills.

The Jobs Fund (run by National Treasury) supports several initiatives around the country. Among them is a programme to put 135 unemployed engineers to work, in partnership with the Automotive Industry Development Centre Eastern Cape (AIDC EC) and its members. Among the companies supporting the programme are Lumotech, Benteler, G.U.D Holdings and Johnson Contols.

In-house training is a vital component of the sector. Training at Work is a consultancy that specialises in offering exactly that: programmes can be customised to suit the employer’s and the employees’ needs. DaySeven Training is another company that offers courses that include Business Skills, Leadership and Workplace Readiness.

Roof maintenance specialists Topps Group South Africa has developed a detailed training module where roofers and waterproofers can attain qualifications while learning about the characteristics of the products they will apply to roofing surfaces. The programme is delivered by the company that applies the roofing products after their staff have been trained by Topps.

Volkswagen South Africa has several skills and training programmes which include the Commercial Trainee Programme, the Graduate Trainees, Further Education Training and Wanderjahre programmes. In the motor manufacturer’s home town of Uitenhage, Volkswagen has five learning academies. Open to employees and suppliers, the academies’ programmes are SETA-accredited. and offer a range of courses available through workshops, exercises, e-learning or on-the-job-training.

With the inauguration of the Sol Plaatje University (Northern Cape) and the University of Mpumalanga, every province now has its own university, of which there are 26 in all. The Sefako Makgatho Health Sciences University has also opened in Gauteng.

Universities of technology have a specific focus on educating young people in fields that will enhance the country’s economic performance.

Some of the courses can be very demanding. Among the new courses on offer at the Cape Peninsula University of Technology (CPUT) are diplomas in geomatics (one of South Africa’s most sought-after skills to aid surveyors, town planners and civil engineers), clothing and textile technology, and horticulture and landscape architecture. CPUT also offers a range of short courses, allowing employed people the opportunity to get up to speed in an area of specialisation or to understand new developments in a particular field. Sometimes an employer will ask CPUT to structure a course for a group of employees, for example, in ICT. These courses do not earn candidates diplomas, but may be used to gain credits.

Traditional universities are also aware of the need to align their courses and research programmes with the needs of the economy.

There are three World Health Organisation (WHO) Collaborating Centres at UWC and the Centre of Excellence in Food Security (with Pretoria University) is funded by the National Research Foundation and the Department of Science and Technology. Biotechnology and food security come together in the Plant Biotechnology Research group at UWC, which studies ways of developing crops that can resist drought.

This kind of focus on specific challenges facing society in South Africa is an example of universities working to make their research relevant.

The University of Cape Town is offering a course in Health Innovation that encourages talented young South Africans to find solutions to the country’s health problems. Another UCT degree that tackles a specific challenge faced in the South African economy is a master’s in Sustainable Mineral Resource Development.

Private colleges such as MANCOSA (Management College of Southern Africa) often specialise in particular fields. In this case, a range of certificates, diplomas and degrees in business, commerce and administration is presented at five sites around South Africa.