Investors in agri-processing are in demand

Only 11% of the Free State’s primary agricultural production is processed within the province’s boundaries, but available industrial land and targeted incentives presents opportunities for agri-processing investment. 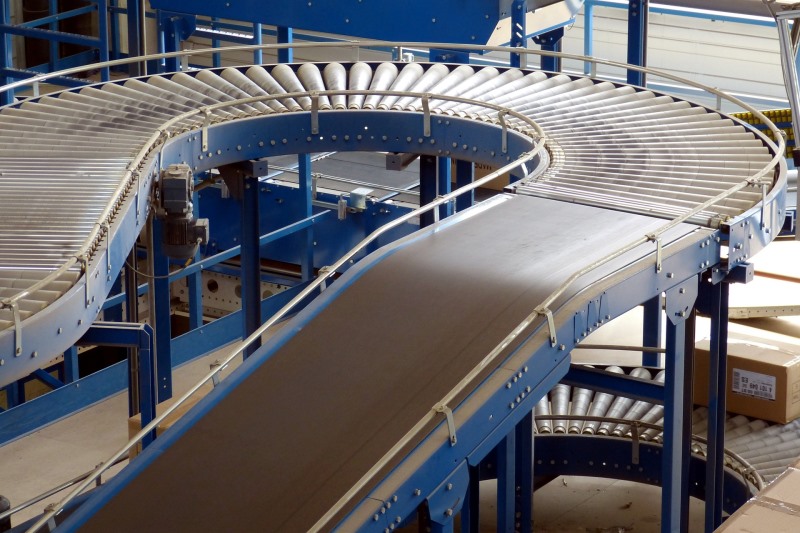 The Imbani Homsek Group is an integrated dairy-products producer with one of the biggest Ayrshire herds in the world. The farm north of Bloemfontein encompasses 6 000 hectares of land and its factories supply Woolworths. The long-life milk factory is a three-way partnership between Imbani Homsek, Woolworths and Nampak, the packaging company.

Clover has three factories in the Free State: Bethlehem (milk powder, whey mixtures and creamers); Frankfort (butter, the largest such factory in the country, where ghee and roller dried milk powder is also made) and in Heilbron (whey, buttermilk, condensed milk and packaging).

Despite these large operations, the Free State Department of Agriculture and Rural Development (DARD) notes that only 11% of the province’s primary agricultural production is processed within the province’s boundaries. Business Times reported in 2018 that smaller Free State dairy farmers are struggling to deal with rising costs and lower prices. With the trend towards sourcing milk in coastal areas growing, the number of dairy farms in the province has dropped to 183, from a high of 929 in 2009.

In 2017 DARD hosted a summit on ‘Repositioning the Free State Province for Agricultural Value Adding and Processing Towards 2030’.

Investors are being encouraged to look at baby vegetables, wholesale meat production (including poultry) and leather manufacturing.

Key to commercialising these agricultural options is access to finance, and the Industrial Development Corporation (IDC) has been active in the Free State in support of this goal. The official launch of the Maluti-A-Phofung Special Economic Zone should be a further boost to the agri-processing and agri-logistics sectors.

A number of initiatives have taken place in terms of the land reform process in recent months. Some 6 000 ha has been allocated to small-scale farmers and 500 ha to farm dwellers. A land audit has been done of all land belonging to state, provincial or municipal authorities with the intention of providing land for black enterprises. The provincial government wants to see more black commercial farmers. One way of achieving this is to increase production volumes of small-scale farmers.

Five agri-parks are planned in each of the Free State’s district municipalities. The concept brings together farmers, traders and agri-processors (such as abattoirs) in convenient sites within each district municipality. Support for rural smallholders will be available in terms of equipment hire from a central source, storage facilities, packaging of produce and getting products to market. Training will also be offered.

Agriculture makes up 4% of the Free State’s gross domestic product, but the province’s efficient farming operations contributed a total of 10% of South Africa’s agricultural output.

The Free State has 32 000 km² of cultivated land and a further 87 000 km² of grazing land and natural veld. A summer-rainfall region with a mean annual rainfall of 532 mm, the Free State’s climate, soil types and topography vary greatly within the province, with plains in the west and mountains in the east. The western and southern areas are semi-desert, with some Karoo vegetation occurring in the south.

The province supplies significant proportions of the nation’s sorghum (53%), sunflowers (45%), potatoes (33%), groundnuts (32%), dry beans (26%), wool (24%) and almost all of its cherries (90%). Red meat and dairy are other important products. Game hunting is a growing sector, and several large Free State farms have been converted from stock to game farms. Crop production represents about two thirds of the province’s gross agricultural income. The main crops are maize and wheat. Sunflowers, sunflower seeds, sorghum and soy beans are other major crops. 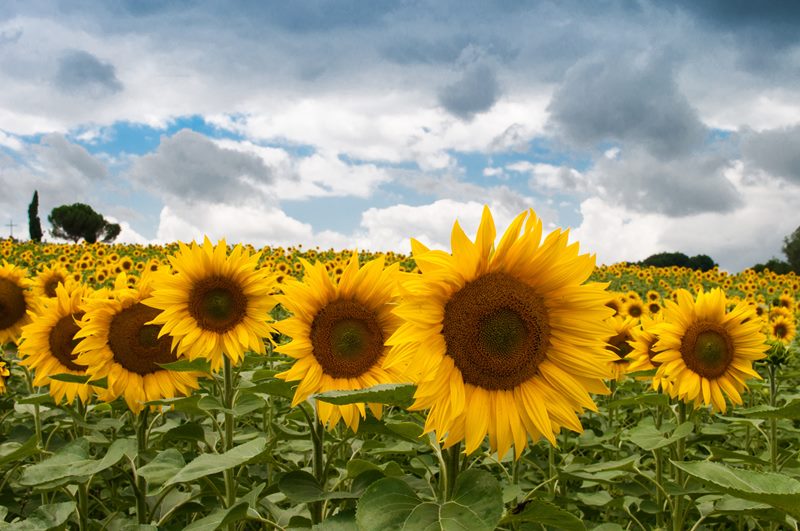 The Mangaung Fresh Produce Market plays a vital role in the sector, catering as it does to householders, bulk buyers, informal traders, agents and farmers.

The NAMPO Harvest Day held in Bothaville every year is one of the biggest agricultural festivals and exhibitions of its kind in the world. The annual Farmer Patent Competition is sponsored by Grain SA and Omnia, the fertiliser company.

Bothaville is located in the Lejweleputswa District Municipality on the western boundary of the Free State with North West. So far west is Bothaville that Senwes counts it as part of its North West region. The giant agricultural company, with its headquarters in the North West city of Klerksdorp, has three separate regions for the rest of the Free State. The company deals with no less than 20% of the country’s oilseeds and grain through its 68 silos.

VKB Agriculture, another of the provinces large agricultural companies, has invested heavily in the Grain Field Chicken abattoir in Reitz (together with the broiler houses in Tweeling). The IDC, which has a 23% stake in the project, intends to help develop the Free State as the poultry hub of South Africa.

VKB’s headquarters are in Reitz in the north-eastern part of the province and the group has nine brands in sectors such as fuel, grains, animal feed and foods. VKB has development programmes with 51 emerging commercial farmers in the province and data on 140 developing farmers.

To discuss opportunities to invest in the Free State agriculture sector, interested parties are invited to contact the Free State Development Corporation:

View the Free State Business 2019 edition (e-book) to explore the business and investment environment of the province: 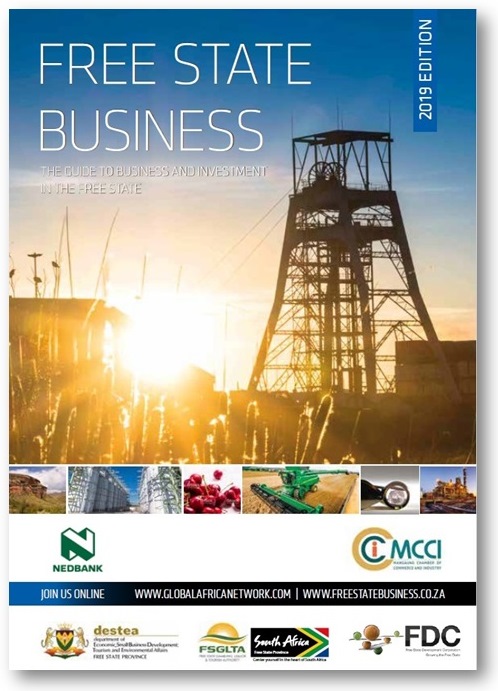