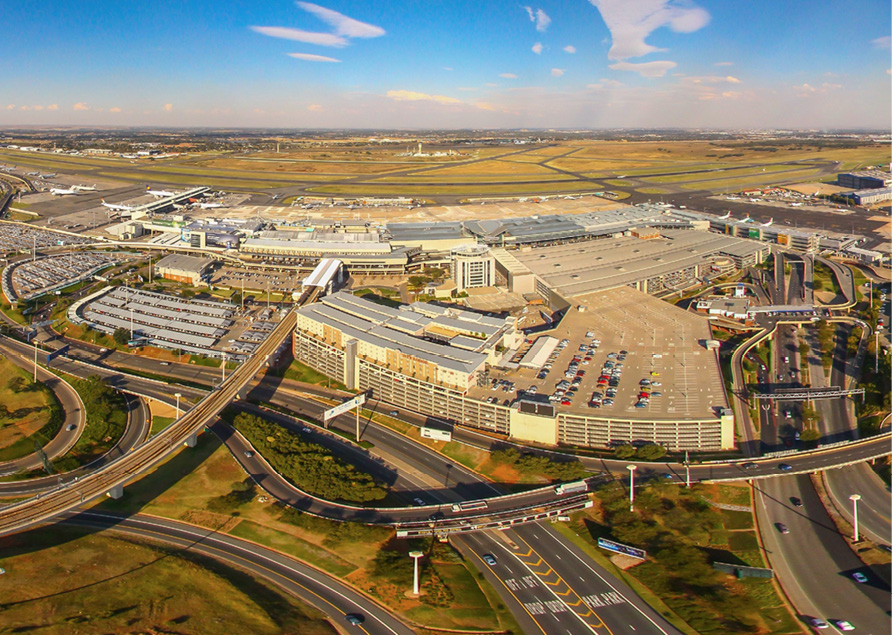 We were delighted to receive this recognition because it was based on the results produced by my leadership team in embedding a safety and risk management culture. As people involved in risk management will know, it is often a combination of risks that are relatively minor on their own that can create significant challenges. We not only worked on strengthening risk management but focussed on environmental compliance, aviation safety and general operational governance. The notable successes in focus areas which earned us the nomination, included:

How big a component of operations is the transport and logistics side?

The air cargo volumes at our airports saw a very healthy growth in 2017 of almost 20%, far exceeding forecasts. Johannesburg is still the largest cargo hub in Africa, handling just short of 415 000 tons in 2017 alone. The existing 14 cargo international and local carriers have maintained or increased their frequencies.

Strong improvement has been seen on the belly-cargo, which is also important in supporting the immense interest we’ve noted in the passenger market. As the country moves towards a more stable and stronger economic outlook, we expect the interest in the freighter market to grow. Over 2017, the top five export markets in terms of value were to China, USA, Germany, Japan and India, closely followed by Botswana and Namibia – highlighting the role we play as a major supplier to the Southern African Development Community (SADC) and Sub-Saharan Africa countries.

An admitted attorney of the High Court of South Africa, Bongiwe Pityi has an 18-year record in the aviation industry. Her career with Airports Company South Africa began in Johannesburg as manager of landside and car park operations. She led the transition from the Durban Airport to the King Shaka International Airport and in 2012 became Deputy Director Operational Readiness Planning at Guarulhos International Airport in São Paulo, Brazil. In 2014 she was promoted to General Manager of O.R. Tambo International Airport.

Are you running at full capacity? Does ACSA have plans to expand?

While there still is some capacity on the passenger handling side, some Terminal subsystems have reached saturation, resulting in long queues and operational bottlenecks. At our International Terminal, these include passenger security screening, passport control check points, boarding gates and arrival baggage carousels. We have accelerated completion of the least disruptive projects which included construction of a direct link allowing passengers to proceed straight from check-in counters to security screening and passport control check points at the Central Terminal Building (CTB). Refurbishment and capacity enhancing projects require meticulous planning and execution in a live environment such as an airport.

At our Transit Terminal we enabled unrestricted access to transit hotels; this was critical, considering the four-million passengers connecting to international destinations. Short to medium-term developmental plans will see us increase the number of International boarding gates and the processing capacity of baggage carousels.

For our Airfield infrastructure, we have several efficiency improvement projects lined up. We are planning to build a bypass taxiway at the threshold of our departure runway (RWY 03L/21R) and more rapid exit taxiways. This will improve the current processing rate of departing aircraft which is negatively impacted by the unavoidable daily crossings of a live runway by well over 300 aircraft.

At our Cargo Precinct, we have short-term refurbishment plans to upgrade existing Landside facilities. These mini projects will include the reconfiguration of access roads to improve access, relocation of the main gate, extended goods receiving areas, increased on-site security monitoring stations and vehicle parking capacity. The Cargo warehousing capacity will also be extended to accommodate growth in specific commodities such as electronics, perishables and pharmaceuticals.

Long-term, we will ultimately build a new Cargo Terminal on the northern side of our proposed Midfield Passenger Terminal. This will be a multi-billion rand investment that will see growth in cargo volumes of up to one-million tons of cargo annually.

What impact would such plans have on staff size?

It is important to bear in mind that of the 38 000 airport employees, about 5% are direct employees of Airports Company South Africa. The majority are in the employ of various stakeholders such as airlines, government agencies such as South African Police Service, Department of Home Affairs, State Security Agency, South African Revenue Service (Customs and Excise), ground handling companies, retail concessionaires, car rental companies and other service providers. It is not possible to put a figure to how the long-term development will impact staff at such an early stage. However, we would anticipate eventually having some additional employees, with a multiplier effect on the overall number of jobs available in and around the airport.

To improve the lives and for the benefit of our employees and their children, we are exploring the opportunity to build a crèche and staff canteen as we remain invested in having engaged and nurtured employees. We are also quite advanced in our plans to launch a staff transport solution which will enhance staff safety and time spent on the roads. This will improve the well-being of employees residing in faraway areas who wake up at 02h00 to be on duty at 05h00 in the morning including those that knock off at 23h00 after the last flight has departed.

We are in discussions with the City of Ekurhuleni regarding its delivery timelines for the construction of a BRT station at the airport, a development which will no doubt make the airport more accessible to airport staff, passengers and the general public.

Does O.R. Tambo International Airport coordinate with regional entities such as Ekurhuleni Municipality and the province of Gauteng in terms of economic impact and long-term plans?

As a company we have a strong growth agenda which is driving a dedicated business development focus to seek, develop and convert opportunities across the business landscape. The work we do in promoting traffic development of new routes and increase frequencies on existing routes for passengers and cargo has necessitated that we identify key regional role-players whose business agendas are aligned to this growth agenda.

To realise this, we recently formed a Gauteng Air Access Committee with full-time representation of the Gauteng Province, Gauteng Growth and Development Agency, Gauteng Tourism Authority and the City of Ekurhuleni. We also work very closely with South African Tourism with the intention for inclusion as a full-time member. We recently recorded a notable success when Alitalia returned to South Africa after an absence of 17 years.

We are also intimately involved in the Gauteng Aerotropolis initiative led by the Gauteng City Region which seeks to use the airport as the nucleus for developments that will culminate in billions of rands’ worth of investments at and near the airport, designed to transform the area into a larger hub of economic growth and development.

One of the Aerotropolis’ catalytic projects we are responsible for within our campus is the commercialisation of Western Precinct, which will involve the development of 180 000 m² for a mixed-use development comprising:

What trends in terms of visitor numbers have you noticed in recent years?

O. R. Tambo International Airport remains by some distance the largest and busiest on the continent in terms of passengers, flights and cargo. More than 20-million passengers travel in and out of the airport annually. Growth off such a significant base presents challenges in the strained economic environment of the past few years. We have nevertheless recorded passenger growth of around 3% despite these challenges. We anticipate that the formation of the Gauteng Air Access Committee will help increase airlift and growth in passenger and cargo volumes.

What structures are in place to facilitate the smooth running of the O.R. Tambo International Airport campus?

I am fortunate to have a strong leadership team that not only performs well individually but also works together. My leadership team and I meet regularly with various stakeholders and companies which include the Province of Gauteng, City of Ekurhuleni, South African Civil Aviation Authority as our Airport Licensing Regulator, ACSA Economic Regulator, National Key Point Secretariat, our airline customers, cargo freight operators, manufacturing and logistics companies, retail concessionaires, government agencies, ground handling companies and other service providers to the airport.

Our industry is heavily regulated to guarantee safety of civil aviation. This necessitates that there be structured platforms to engage in critical matters pertaining governance, intermodal transportation, airport licensing, regulatory compliance, marketing, route and traffic development, master planning and alignment of short to medium-term expansion plans, provision of bulk services, maintenance of essential airport infrastructure, equipment and systems, calibration of instrument landing systems, issuance of occupational certificates and emergency management, in naming but a few.

What steps have been taken to improve Customs control procedures and baggage security?

The work that we are doing through the multi-disciplinary and tactical team has yielded many benefits from the seizure of drugs with a street value of millions of rand, the confiscation of undeclared currency, to the arrest of individuals for illegal activities. The collaboration between the South African Police Services, the Department of Home Affairs, State Security Agency, Ekurhuleni Metropolitan Police and several other government agencies has immensely contributed to many of our successes. The implementation of a 24-hour Joint Operations Centre (JOC) with representation from various government agencies work in synergy to keep our airport safe.

Baggage security is a key focus area for us, our Security Services have a special deployment team and together with our stakeholders primarily concentrates on baggage security with the aim to improve the number of mishandled bags at our airport. Our mishandled rate is below the global trends due to the increased efforts by all stakeholders. This dedicated team is entrusted to ensure that bags that go through our facility are safe and delivered on time to our most valuable passengers. 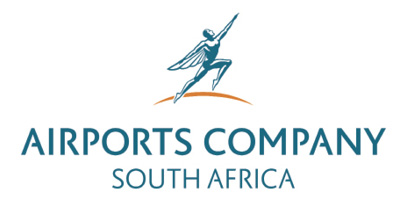