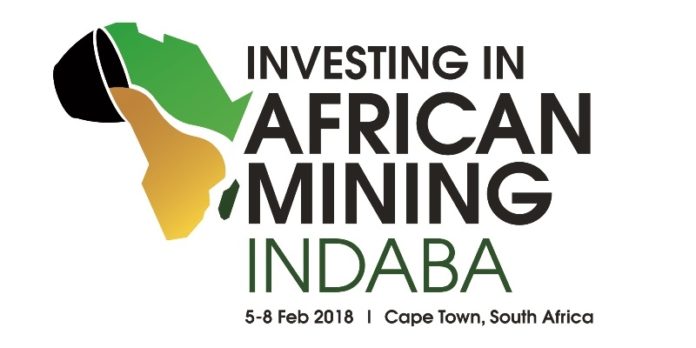 1.Do you think the big car manufacturers will commit to producing fleets of electric vehicles (rather than just hybrids) as they announced at the Frankfurt motor show?

I have not personally been to the Frankfurt motor show, but since the Battery Show in Sindelfingen in Germany early this year in April, much has been said.

Likewise the plans set out by the Chinese Government in 2015 to put at least five million electric vehicles (EVs) on Chinese roads by 2020, from 500,000 in 2016 [a target changed early this year to 2 million], has meant European governments and car manufacturers have set their own targets. The European Commission wants to reduce vehicles’ CO2 emissions by 30% by 2030, while France and the United Kingdom want to forbid sales of internal combustion engines (ICE) [cars] by 2040 and by 2025 in the Netherlands. Adding to this, we have Volkswagen who plans to launch 30 EV models by 2025. Volvo new models will have full or partial electric engines by 2019, BMW plans to offer 25 electric models by 2025 and the list goes on.

Whether these targets will be achieved is a whole different story. What we can learn from China, however, where electro-mobility is seen as part of the solution to eliminate pollution in the country, is that political support and governmental subsidies will be very important if Europe and the United States want to see their EV industries taking off. Europe and North America are currently lagging behind the China, Japan and Korean electric vehicle hub and the response has proven to be extremely slow.

Having said this, electric vehicles and hybrid cars will play a huge role in this transition from coal and oil. Technology alongside raw material availability will decide at the end of the day, however, which type of vehicle will be most produced. Electric vehicles could have the upper hand due to all the plans announced by automakers, however, there are currently several issues regarding the supply of lithium and cobalt and car manufactures won’t be capable of fulfilling their targets if they fail to secure the supply of these critical raw materials.on.

2. How do you see the electric vehicle revolution affecting the African commodities market?

The electric vehicle revolution is already affecting the African commodities market. Lithium and cobalt prices are higher due to increasing electric vehicle demand pushing the case for more investments in the region. The lithium carbonate (Li2CO3) spot price, ex-works domestic China more than tripled to an average price of $27 per kg in June 2016, from $7.70 per kg in October 2015, according to Industrial Minerals market price assessments. In addition, the cobalt low grade free market $ per lb in warehouse monthly average has increased nearly 200% to $30.56 per lb in October 2017 from $10.28 per lb in December 2015, according to Metal Bulletin market price assessments.

Such a rapid increase in prices has certainly increased interest into developing lithium and cobalt new projects in Africa. Today we have several lithium junior projects in Africa, which due to the higher lithium prices are seen to be more appealing, such as Montero Mining in Namibia, Kodal Minerals with a project in Mali or Premier African Minerals with a project in Zimbabwe, to name a few. The majority of investments in the lithium market, however, are not flowing into Africa but to North and South America or to Australia and China. Having said that, this does not mean that these African projects won’t take off, but when compared to the other regions mentioned, Africa still has a lot of work to be done before becoming a major source of lithium.

Moreover, we have the cobalt industry in Africa led by the Democratic Republic of Congo (DRC), home for the likes of Zhejiang Huayou Cobalt or ERG (Eurasian Natural Resources Corporation).

Africa is home as well to other cobalt producers in Morocco and Madagascar, such as Managem Group and Ambatovy. The higher cobalt prices are due to the increasing demand for this material promoting an appetite to invest, which normally results in a byproduct of copper or nickel mining operations. It is in the copper belt in Africa (crossing areas of the DRC and Zambia), however, where most of the cobalt mined in the world comes from.

In addition, interest in graphite has spurred as a consequence of the electric vehicle revolution. Syrah Resources is based in Mozambique and there are several juniors looking to start production there, such as Kibaran Resources in Tanzania or Triton Minerals in Mozambique.

3. How do you think mining companies will adapt to this increased demand?

On cobalt, as explained above, cobalt normally comes as a byproduct of copper or nickel mining operations, making it harder when looking at starting a new cobalt operation or ramping up production.

If lithium and cobalt supply struggles to grow at the same rate as expected demand, as throughout the past 2 years, in the near future we could be speaking about two potential bottlenecks affecting the supply of raw materials that go into the electric vehicle sector, one in the lithium market and the second in the cobalt market.

4. How can car manufacturers and mining companies work together to support the long-term development of these resources?

Here at the Metal Bulletin Group, while we track the market we have reported on offtake agreements between vehicle manufacturers or existing lithium producers with junior producers who are many years from production. There are some tough price negotiations occurring and there is an increasing appetite for transparency on market pricing, which we look to bring to the market to provide a benchmark for these offtakes. It is the same for the cobalt prices we cover.

The integration of the electric vehicle production chain is the goal of some car manufacturers or lithium producers as well, from mining to the manufacturing of cathodes and cars and ending with the car sale. Ganfeng Lithium in China has expressed plans to do this [having recently announced its plan to invest in solid-state battery development] while Toyota has formed a joint venture with lithium producer Orocobre Ltd. Moving forward, these types of partnerships are likely to happen more often due to the importance of securing the critical raw materials used in batteries.

5. What are the potential environmental or social concerns that may result from an increase in supply?

The increase in mineral extraction has obviously had an environmental impact. The impact of extracting lithium from the Salars situated in Chile and Argentina is carefully monitored, however, the over-exploitation of these Salars could result in irreversible negative impacts to the environment and fauna in the Salars. As well as having a bad effect on the communities living within these Salars.

Due to the location of where most cobalt is extracted, if social issues witnessed in previous years persist, the increased supply of cobalt from the DRC could imply the use of more child labor in artisanal mines. This has shone a light, however, on Apple Inc’s, supply chain because cobalt is used in several of the company’s products and if high profile corporations such as Apple are being forced to more actively manage the integrity of their supply chains then this could have a positive impact on eliminating the use of child labor.

Cathode makers are trying to break away from consuming larger amounts of cobalt, with new models of cathode increasing their content of nickel or manganese to replace the use of cobalt due to the implications in the extraction of this mineral. The technology used in the current batteries, however, does not yet allow full cobalt replacement; the market can anticipate the use of this mineral in batteries in the years to come.