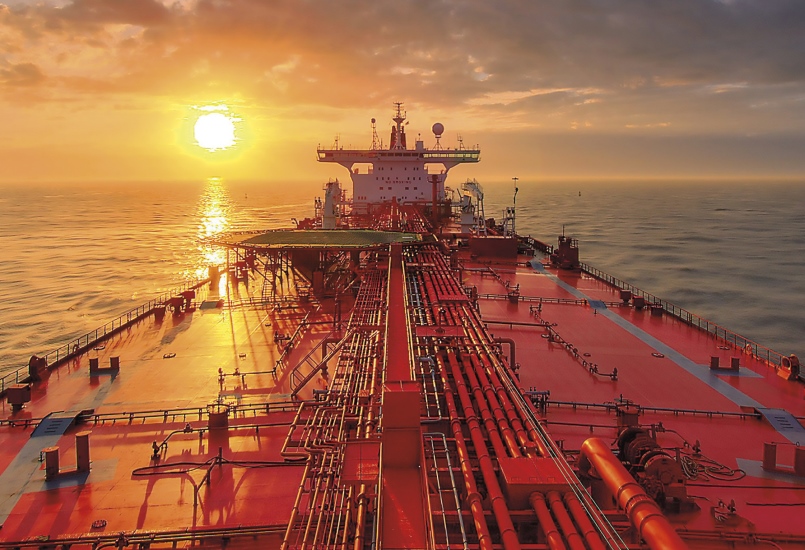 When the maritime sector takes off, the graduates of the Lawhill Maritime Centre in Simon’s Town are going to be well placed to pick and choose their career path.

With South Africa intensely focused on properly exploiting the Oceans Economy, something that has lain dormant for a long time, the fact that the Lawhill Maritime Centre won another international award in 2018 has some significance. The most recent award for the centre, which trains pupils from grade 10 to grade 12, is the Seatrade Africa, Middle East and India Education and Training Award, which was handed over in Dubai in October 2018.

Subjects offered at the centre include nautical sciences, maritime economics and electronic navigation systems. The school is funded by a variety of companies (such as Safmarine Container Lines, Grindrod and SMIT Amandla Marine), state organisations (Transnet National Ports Authority and the South African Maritime Safety Authority) and private foundations. Educational commentator Jonathan Jansen wrote in the The Times that the centre “reminds us what our country can still become – without any direct state funding”.

The state is directly funding several other projects. Operation Phakisa is an initiative of the South African government to fast-track parts of the National Development Plan (NDP). The focus is on delivery and results, with strict timelines. “Phakisa” means “hurry up” in Sotho. One of the focus areas within Phakisa is the Oceans Economy programme.

The Oceans Economy is no longer just a concept talked about at conferences, it is a reality that is starting to have an impact on South Africa with other training organisations such as the South African International Maritime Institute (SAIMI) setting up in Port Elizabeth and the university in that town creating a specialist campus devoted to maritime affairs.

South Africa has 3 000 km of coastline and the extent of the country’s territorial waters is greater than its land size. And yet the country does not have a merchant marine fleet and only scrapes the surface in terms of the percentage of repair and maintenance of boats and oil rigs which could potentially bring work to its ports. South Africa currently accounts for 1% of the global market of ship repair and refurbishment.

The Western Cape Department of Economic Development and Tourism (DEDAT) reports that in 2016 the oil, gas and marine sector supported 8 320 jobs and contributed R1-billion the province’s gross value add.

The marine transport committee of the South African Oil and Gas Alliance (SAOGA) is trying to prepare South Africa to reap the potential of the sector. It has developed 18 initiatives across three categories: infrastructure and operations, skills and market growth.

In 2018 De Beers Marine announced that it had awarded a contract to ELB Engineering Services for the drying system for the MV Grand Banks life extension project. The alluvial diamond concentrate exploration vessel will undergo a major upgrade in the Port of Cape Town.

The West Coast region, including the Saldanha Bay Industrial Development Zone (IDZ), has attracted 34 investors who have signed Memorandums of Understanding. Considerable planning has gone into positioning the SBIDZ as a hub for a range of maritime repair activities and oil rig maintenance and repair.

The National Department of Trade and Industry (the dti) and DEDAT have collectively invested R500-million in core infrastructure at the Saldanha Bay IDZ and a lease agreement has been signed with Transnet National Ports Authority.

The SBIDZ fits neatly into two over-arching visions: Operation Phakisa and Project Khulisa, the targeted growth strategy of the Western Cape Provincial Government which includes servicing and repairing of oil rigs as a priority.

Priority sectors at Saldanha are upstream Oil and Gas and Marine Engineering and Services. The IDZ is run by the SBIDZ-Licencing Company which works together with Transnet National Ports Authority (TNPA) on many joint projects.

These are being undertaken to create good conditions for possible investors. Quayside infrastructure has been upgraded, including a waste-water treatment plant and a new road and bridge over the MR559. Fencing and access control points in support of the customs zone are being constructed.

Three major projects are underway or in the planning stage, overseen by national government, the Southern African Oil and Gas Alliance and the SBIDZ-LC:

Basil Read won the contract to extend TNPA’s general maintenance quay to create an Offshore Supply Base (OSB). The quayside is 294 m with a further 3.8 ha being available onshore for support operations. It will cater for ships and rigs looking for oil along both coasts of Africa, and any other rigs passing along the coast.

This is the name of a planned specialised Rig and Vessel Repair Quay which will be able to cater to the latest design in oil rigs.

Equipment and vessel-servicing facility: this planned 1 000-metre long jetty will be perpendicular to the shoreline of the Port of Saldanha Bay. It will have a maximum width of 120 m and be able to serve several ships or rigs in need of repairs or servicing at the same time. In addition, there will be a floating dock. TNPA has done studies on the possible location of the jetty and the local and international market will be canvassed for companies to do the work.

Saldanha has not been chosen by the National Department of Energy (DoE) to host a gas-to-power plant: Richards Bay and Coega (Port Elizabeth) have instead been listed as the sites for 2 000 MW and 1 000 MW plants, if private investors for projects at those ports can be found.

However, the Provincial Government of the Western Cape has asked the DoE to reconsider and wants Saldanha to be allocated at least 1 000 MW potential for private companies to consider bidding to run such a power plant. If gas was used to generate power, the next step would be for factories to consider using gas and then the whole energy mix could be transformed.