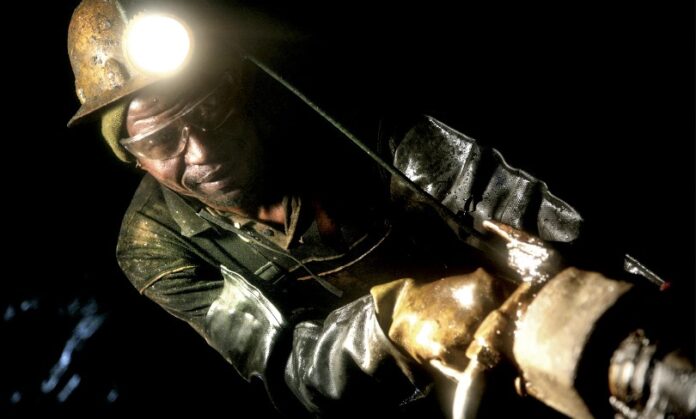 Although the mining sector is no longer dominant, coal-, gold- and diamond mining still make up an important part of the Free State economy. Reduced global and domestic demand have affected coal and gold miners and employment is down, but diamond production is on the up.

The mining sector has seen significant changes in the last three years, and further changes are in store. Two of the most significant events were the unbundling of Gold Fields and the decision by Anglo American to concentrate on three minerals – copper, platinum and diamonds. Both affect the mining sector in the Free State.

Sibanye Gold came into existence as a result of Gold Fields’ decision, and it quickly became the largest producer of gold in South Africa. Sibanye Gold is responsible for Beatrix in the Free State, but most of its gold assets are in Gauteng. Sibanye has bought several platinum assets and may be a buyer of some of Anglo American’s coal mines. The Sunday Times reported in July 2016 that Sibanye had paid out about R2.8-billion in dividends since it was established in 2013.

Coal is mostly found in the northern part of the Free State and the gold fields, which form part of the Witwatersrand Basin, stretch from north of Welkom to south of Virginia.

Lucrative opportunities exist for mineral processing. A minerals beneficiation strategy has been developed because this sector is seen as a key area for potential growth.

Petra Diamonds’ Koffiefontein mine increased revenue from $17.8-million in 2015 to $25.7-million in 2016, an increase of 44%. The total carats sold rose by 21% to 55 500. This is part of the company’s long-term expansion plan at the mine (situated in the south-western part of the province). By 2017, Petra intends on producing 100 000 carats per year from the mine, which has a resource of 5.7-million carats. Petra has seven mines in South Africa. The Star mine, in which Petra (75%) is in partnership with Sedibeng Mining, is the other Free State asset.

The Lace mine is near Kroonstad, which Diamond Corp is in the process of raising money to develop more rapidly. The intention is to produce ore at a rate of 4 000 metric tons per day, and access to higher-grade kimberlite could lead to the production of 500 000 carats per year. The Industrial Development Corporation has advanced
R220-million in project finance. In March 2014, a new share issue in London attracted R38-million and was over-subscribed. Further funds were raised in July 2015 and December 2015 (when R70-million was raised).

De Beers’ Voorspoed mine will have a production capacity of 800 000 carats per year when it is fully operational. During the building phase, about R70-million was generated in the region, and the company intends on spending R400-million per year on capacity development.

The energy sector is using less coal and neither of the main sectors that use the chemicals made at Sasolburg (agriculture and mining) is growing.

The mine is run by Sasol Mining and supplies Infrachem in Sasolburg with two-million tons of coal per year. Sasol Mining has invested in dust-suppression technologies, which are remote controlled. Technologies include scrubbers and high-pressure water spray systems.

Anglo Coal runs the New Vaal Colliery in the middle of a triangle of three towns that play an important part in industrial production: Vereeniging, Sasolburg and Vanderbijlpark. The mine employs more than 900 people and supplies about 15-million metric tons of coal to Eskom’s Lethabo Power Station annually. This mine will be among the assets on the block when Anglo American disposes of all its coal mines. To what degree the sale will be an opportunity to increase black ownership of mines remains to be seen.

AngloGold Ashanti’s Vaal River Complex operations are mostly near the town of Orkney in the North West Province. However, the Great Noligwa, Kopanang and Moab Khotsong mines are all over the Vaal River in the Free State. The complex includes one uranium plant, four gold plants and one sulphuric acid plant.

AngloGold Ashanti intends to spend several billion rands over the next decade to extend the life of the Moab Khotsong mine. Village Main Reef runs the Tau Lekoa mine in the same vicinity.

Most of Harmony’s operations, including a tailings treatment, are in the Free State. The mines are Tshepong and Phakisa (near Odendaalsrus), Virginia, Target (near Allanridge), Masimong (Riebeeckstad), Joel (near Theunissen) and Bambanani at Welkom. Phakisa has mineral reserves of just over five-million ounces of gold and Harmony has invested heavily in the project. Bambanani is regarded as the most profitable mine in the group: the amount of gold produced at the mine increased in 2015 to 2 908 kg from 1 606 kg in 2013. Target and Tshepong (the most northerly of the mines in this cluster) together produced 8 102 kg in 2015.

Gold mines in the Free State also supply a substantial portion of the total silver produced in the country, and large concentrations of uranium occurring in the gold-bearing conglomerates of the gold fields are extracted as a by-product.

Taung Gold, a Chinese company, runs the Jeanette mine near the town of Welkom.

By-products of gold operations (uranium, silver, platinum-group metals and sulphuric acid) and bentonite are also found in the province.

Among the companies running large quarries in the Free State are Lafarge, Raumix and Corobrik. Sand, stone aggregate, gypsum and granite are found at various sites throughout the province. Limestone and calcrete occur in the western Free State where salt is also panned. Production is concentrated around the Florisbad salt pan, north-west of Bloemfontein. The Ocean Bentonite Mine near Koppies in the north-west Free State is one of only two in the country.

Published in the 2017 edition of Free State Business 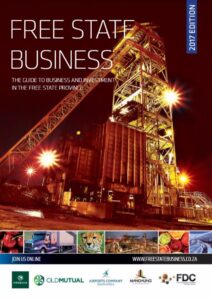