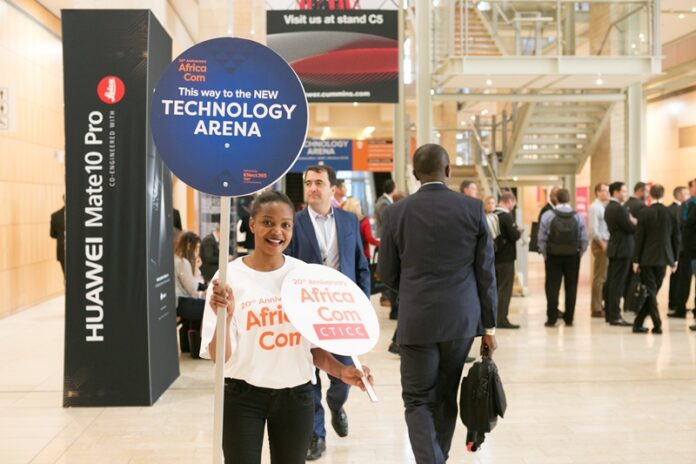 Last week, the convention centre hosted the 20th annual AfricaCom – a conference and exhibition which gathers together senior decision-makers from global technology firms and reports on cutting edge tech development and products. The 13 000 delegates which attended this year’s event included representatives from leading international brands such as Huawei, Microsoft and Ericsson as well as digital start-ups, innovators, operators, content providers, and regulators from the tip to the top of Africa.

The newly completed CTICC 2 enabled AfricaCom to launch novel show additions and expand its offering as the 3-day event occupied both CTICC 1 and CTICC 2 buildings.

“The AfricaCom team was really excited about the launch of the new exhibition halls at the CTICC. The fantastic new space enabled us to launch the Technology Arena, a brand new events feature dedicated to accelerating Africa’s digital transformation. For AfricaCom, this meant 100 more exhibitors, three brand new show floor content stages and a new networking party to celebrate the socio-economic impact of digital connectivity. As digital disruption sweeps through one industry after another, we look forward to expanding further into the CTICC to offer even more opportunities for Africa’s tech leaders, mobile operators, large enterprises, and digital start-ups to interact, do business and innovate,” said Tom Cuthell Portfolio Director at Knet365, the organisers of  AfricaCom.

CTICC Chief Executive Officer, Julie-May Ellingson said: “We were so inspired by the organisers’ confidence in the CTICC and Cape Town to deliver an even bigger AfricaCom. This was the first international conference hosted in the expansion and the first large scale event which used the entire venue complex. CTICC 2 can provide complementary meeting and exhibition space or can operate as an exclusive facility. It’s been important for us to ensure that we can seamlessly integrate event operations across CTICC 1 and CTICC 2 – as this will become a key feature of an expanded CTICC.” 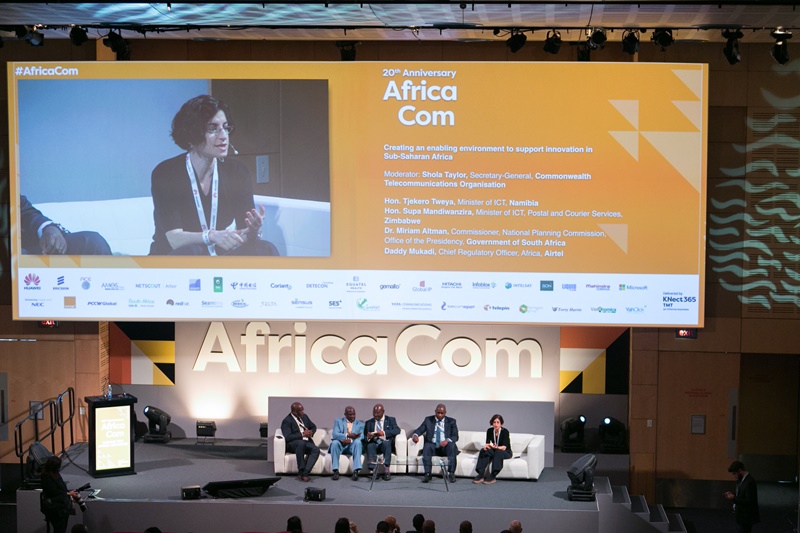 Exhibitors in the new CTICC 2 Technology Arena experienced good feedback and sales leads. According to Fortinet, an international ICT networking company focusing on cybersecurity and a repeat exhibitor at AfricaCom, the exhibition build-up went smoothly.

Said Paul Williams, Fortinet Country Manager SADC and Indian Ocean Islands region: “The build-up was great and there was obviously a lot excitement from our customers plus our partners with regards to the show itself. The uptake’s been great. I think the CTICC is a great venue and they have invested a lot of money, and it’s a great location.”

Information sharing, networking, knowledge exchange, and deals were the order of the day at AfricaCom. Brands often decide to announce ambitious plans at the show.

This year, Angola Cables, a telecommunications company which focuses on submarine cabling systems, announced that it will establish a Point of Presence (PoP) in Cape Town by the end of the year. And Truecaller, a mobile application which enables unknown caller identification, announced that it will be expanding its African presence and hiring key personnel. The Swedish company is looking towards Nigeria and South Africa as possible locations to set up a regional office.

“One of the CTICC’s central mandates is to maximise economic spin offs from events and contribute to job creation. These announcements underscore the centre’s important role in attracting international conferences and driving the knowledge economy. In fact, digi-tech has been identified by the City of Cape Town as a growth sector for the region,” said Ellingson.

She added: “Events such as AfricaCom tap into Africa’s fledgling but lucrative technology sectors. These events not only further the sharing of knowledge, but also expose our destination to trade and investment opportunities – outcomes which would be difficult to achieve if platforms such as the CTICC did not exist.”