Investment potential of the Platinum Province

Areas of investment that are expected to grow fastest include fuel cell technology, machinery for mining, energy generation and RE component manufacturing. 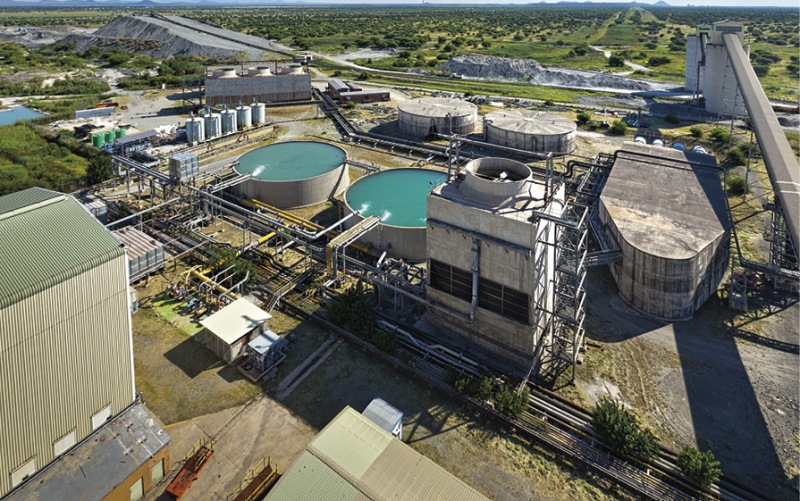 The North West Province is also known as the “Platinum Province” and the “Texas of South Africa”.

Platinum mines, cattle ranches, game reserves and the entertainment complex at Sun City are the province’s best-known features. North West shares a border with the Republic of Botswana (and the Kalahari desert), Gauteng and the Free State. South Africa’s nuclear-research centre is located at Pelindaba near Hartbeespoort Dam, and is run by the South African Nuclear Energy Corporation.

A provincial priority is to improve the link between rural and urban economies, something which a strong focus on agri-processing could achieve. As one of the country’s biggest producers of livestock, North West’s automotive industry could profitably source hides for car seats locally. The Industrial Development Corporation (IDC) is one of the bodies that is helping the province to expand (and maintain) the diversity of its manufacturing sector.

The North West Province is aligned with the Western Limb of the Bushveld Igneous Complex, a remarkably rich minerals formation. Mines in the province produce 50% of the platinum produced in the world, and 65% of South Africa’s platinum group metals.

Gold and uranium is found along the border of the province with Gauteng and the Free State (Klerksdorp and Orkney). Diamonds are mined at Christiana, Bloemhof and Lichtenburg. Lichtenburg is also the centre of the cement industry. Chromite is the other major mineral mined throughout the province, and there are several ferrochrome smelters and other processing plants.

Platinum is found in the Rustenburg and Brits regions. Employment along the Platinum Corridor, from Pretoria to eastern Botswana, accounts for over a third of total employment in North West, but the depressed platinum price in global markets has led to a reduction in production volumes, and many workers being laid off.

The North West Province has a strong agricultural sector with several very large companies involved in grain. Cattle and crops such as sunflower seeds are among the other sectors that generate significant income and feed large numbers of South Africans. North West produces about one third of the country’s maize.

North West has approximately 1.7-million beef cattle, representing 13% of South Africa’s herd. Major breeds include Simmentaller, Brahman, Bonsmara and Simbra, a cross between the Brahman and Simmentaller breeds. The Marico region is also cattle country, while the areas around Rustenburg and Brits are fertile, mixed-crop farming land.

Brits, Rustenburg, Tlokwe (Potchefstroom), Matlosana (Klerksdorp) and Mahikeng account for more than half of the total manufacturing capacity in North West Province. Mining beneficiation, automotive components and food and beverage play important roles in the sector.

Food and beverages is the biggest sub-sector contributing to the manufacturing industry. The town of Brits has several companies in the automotive components sector.

Major companies with manufacturing capacity in the North West like Nestlé, RCL, Tydstroom and Clover have all taken advantage of the province’s strategic location adjacent to the business hub of Gauteng. There are several milling operations in North West Province. Masilo Mills is located in Hanneman (where Papa Super Maize is ground) and Tau Roller Mills is in Wolmeranstad.

The provincial government has pointed out that the share of manufacturing to the Growth Value Add (GVA) of the province is only 5% – a figure that must grow if employment is to grow along with the expanding economy.

A provincial Integrated Manufacturing Strategy has been compiled. One of the report’s findings was that because North West is strategically located near to the industrial hub of Gauteng, has low input costs, lies on established trade routes and has easy access to natural resources, it should make the development of the chemical processing sector a good bet. This is especially true for phosphate and nitrogen-based fertilisers.

The Platinum Valley Special Economic Zone (SEZ) is to be established at Mogwase in the Bojanala District, north of Rustenburg and east of Sun City. When fully developed, 200 ha of land will be given over to three infrastructure facilities comprising Logistics, Light Manufacturing and Heavy Manufacturing.

Areas of investment that are expected to grow fastest include fuel cell technology (in which platinum is a vital component), machinery for mining, energy generation and renewable energy component manufacturing.

The sun shines in the North West, on average, 300 days of the year. In addition, the province mines more platinum than any other place on earth. These two facts combine to present a suite of opportunities for energy generation and for the manufacture of equipment for the energy sector.

The Department of Trade and Industry (dti) says there is potential for renewable energy in the automotive sector which can be applied to the manufacturing sector.

An opportunity for solar panel market manufacturers is being promoted by the North West Development Corporation at Mahikeng. Investors are sought to manufacture and supply panels to farms, housing schemes, the mining industry and government.

The Potchefstroom campus of the North West University is home to HySA Infrastructure Centre for hydrogen production, storage and delivery. HySA is part of a national strategy designed to make use of hydrogen and fuel cell technology, particularly arising from platinum group metals (PGM).

Contact the North West Development Corporation for information about upcoming opportunities or to discuss setting up your operations in the province.