Massive turnout of Molemole people to witness and be part of history as it unfolds during the launch of 'Operation Theeletša' at Botlokwa Eisleben, Molemole Municipality. 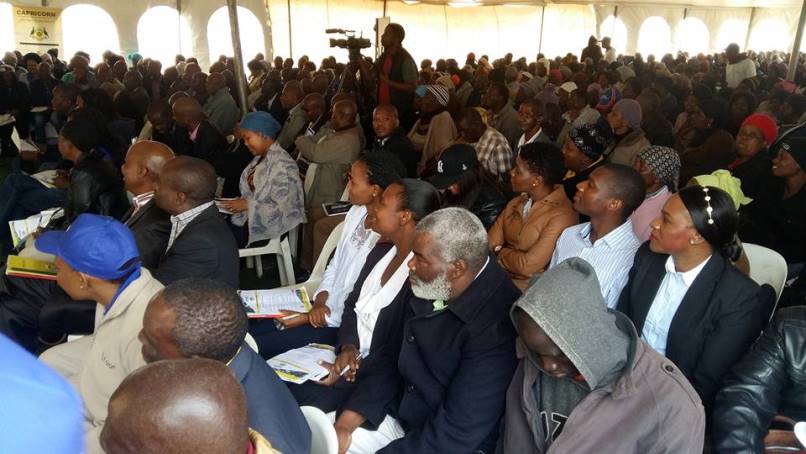 The launch that took place on 18 October 2016 at Kgatla LTD Sports Ground, Eisleben village, Ward 2 of Molemole Municipality was led by the Executive Mayor Cllr John Mpe. The launch introduced new leadership elected on 03 August 2016 during the local government elections for both the district and local municipalities. The Molemole leadership was led by Mayor Cllr Edward Paya.

The aim of the operation was to bring council closer to the people and give them a platform to raise concerns about services.

This was the first engagement meeting of the Operation and it will be stretched to other local municipalities. “This Operation is a very distinct type of an outreach as it seeks to reignite the pulse of our district’s spirit of commitment to stay responsive to the diverse needs and aspirations of all communities and renew their hope in the development and betterment of their lives”, said Executive Mayor Mpe addressing the community.