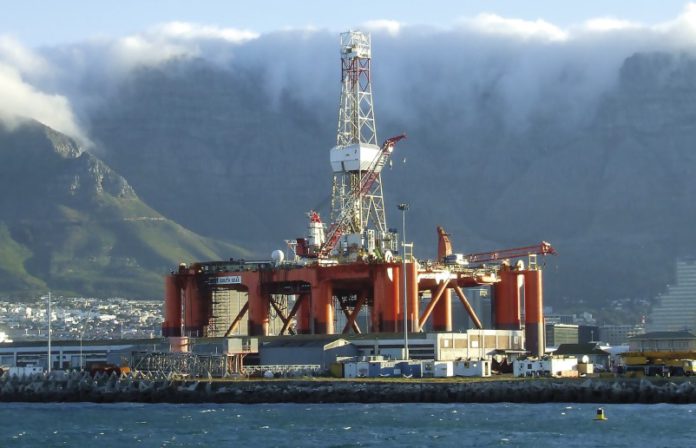 SAOGA’s vision is to be the primary facilitator servicing the upstream and mid-stream sectors of the oil and gas value chain across Sub-Saharan Africa, attracting investment and developing capacity within the region to service and supply the oil and gas industry, for the benefit of all stakeholders and valued members.

SAOGA operates as a partner­ship between the public and private sectors, receiving public funding to carry out a range of industry development activities and working to promote the interests of members. It is overseen by an independent volunteer Board of Directors from industry and a number of other key stakeholders.

What are SAOGA’s key objectives looking ahead to 2016?

The key objective of 2016 is to help the industry navigate the current low-price environment in energy, while continuing to focus on the long-term potential of the oil and gas industry in Sub-Saharan Africa. In order for Africa to realise its true economic growth potential, the continent will require energy. The key constraint is getting energy from where it is located to markets in Africa. Proven reserves of oil and gas continue to increase in Sub-Saharan Africa, with two of the largest recent gas discoveries having been made in Mozambique.

At the same time, as Africa’s economies grow and a middle-class slowly emerges, energy bottlenecks are emerging. Liquid fuels and electrical energy shortages are now the norm rather than the exception on the African continent. Whether its diesel and electricity constraints in South Africa, or limited electricity supply in Nigeria, these shortages arise due to the lack of infrastructure to move hydrocarbon energy from where it is located to where it can be utilised. Investments in infrastructure are required to meet Africa’s future energy requirements.

Low oil prices, coupled with uncertainty in government regulation, have resulted in the scaling back or shelving of several upstream exploration ventures in South Africa.

What legislative changes need to be put in place to promote growth in the sector?

Government policy at present is to regulate and control an industry that is at its infancy, which has created uncertainty and has driven away much-needed investment in exploration that can confirm whether South Africa has offshore or onshore oil and gas potential.

Had Mozambique not opened its exploration licensing to facilitate exploration, it would have not unlocked what is surely one of the greatest gas discoveries of recent times. Expected investments in gas processing and support facilities are expected to exceed the GDP of Mozambique, which was $14.6-billion in 2013.

Exploring off the cost of South Africa is a costly affair, with an average exploration project requiring risk capital in excess of $20-billion. A midsize onshore exploration project for shale gas will require $10-billion. International oil and gas companies are driven by reserves replacement and are keen to invest such risk capital into South Africa. This would raise foreign investment in the country at a time when other sectors of the economy are under pressure.

Utilising South Africa’s domestic capital stock for such ventures is risky and could reduce the availability of capital into other less risky, more productive sectors of the economy. In short, South Africa cannot afford to take high risks with its limited capital resources Should exploration offshore or onshore prove successful with a discovery of at least five trillion cubic feet or one billion barrels of oil equivalent, it will change the country’s energy dynamics.

Research suggests that a find of 10 trillion cubic feet or two billion barrels of oil equivalent would eliminate the country’ budget deficit. The domestic benefits in terms of the generation of local economic activity will be significant and could be used to drive a new wave of economic development, notably around power generation, liquid fuels and industry.

The pricing regulations set by the National Energy Regulator of South Africa are impeding investment in the oil and gas sector.

These structures should be feasible and encourage investment into midstream activities. Delays in current storage and pipeline projects could also arise due to a lack of long-term clarity on tariff structures, which allow investors to fund large projects.

What trends can you highlight about South Africa’s strategic position in the oil and gas industry?

In March 2015, SAOGA completed the pilot project, which aimed to map and profile companies that deliver goods and services into the upstream and midstream oil and gas markets, according to their geographical presence, capacities and capabilities, position in the value chain, and local content and skills requirements. More than 217 companies were mapped and profiled, which demonstrated the depth and spread of the current participants in the oil and gas sector and that South Africa has a robust cluster in this space.