Build back better has become the new catchphrase. There is a lot of building to do for the South African economy after two recessions, a decade of looting of state resources and a health crisis that all but shut down the economy for several months.

The Chief Executive Officer of the Johannesburg Stock Exchange, Leila Fourie, wrote in June 2020 that she wants to “contribute towards a better, fairer, more sustainable world” (Business Day). As co-chair of the Global Investors for Sustainable Development (GISD) Alliance, a grouping of banks, bourses and asset managers, Fourie has been working to promote investment in Covid-19 bonds, the Sustainable Development 500 fund and renewable energy.

This kind of thinking informs many of the plans that were put forward by business, labour and political parties as the Covid-19 lockdown served to focus the minds of all South Africans about the need to plot a better way forward. The National Economic Development and Labour Council (Nedlac) came up with an agreement which focussed on infrastructure investment, creating a supportive policy environment and the promotion of “strategic localisation” and exports. An umbrella business body, Business for SA (B4SA), identified 12 initiatives which, if accompanied by policy reforms, would boost the economy significantly. The African National Congress (ANC) produced its own economic recovery document.

Having consulted with all these bodies, President Cyril Ramaphosa on 15 October revealed government’s recovery plan. The Economic Reconstruction and Recovery Plan (EcoRRP) names infrastructure investment and building up the country’s manufacturing base as priorities. The plan intends to unlock R1-trillion in private investment. Furthermore, a commitment is made to improving the capability of the state and to remove barriers to doing business or investing in the country.

Soon afterwards, Finance Minister Tito Mboweni announced the medium-term budget policy statement where the most significant promise related to reducing the state’s wage bill. Mboweni is a former Reserve Bank Governor and Labour Minister. The President is a former miner and trade unionist. Both men have been engaged for years in drafting the economic policy of the ANC but it remains to be seen if they can persuade the unions representing workers in the public sector to accept a three-year freeze on wage increases. This will be a major test because South Africa’s debt to GDP ratio is high. The cost of servicing debt is equal to nearly 14% of revenue.

A step that President Ramaphosa took in July did not receive many headlines, but his amendment of the regulations governing the enquiry into state capture made a big difference to the work of the National Prosecuting Authority (NPA). Enabled by the amendment to work with the evidence presented to the commission, prosecutors quickly finalised cases and arrests started happening. After a decade in which it seemed that immunity was guaranteed for corrupt officials and employees of state-owned enterprises, the tide started to turn.

Prosecutions obviously do not provide certainty against future corruption, but at least the prospect of arrest might be a deterrent. One of the biggest obstacles to economic recovery is South Africa’s level of debt, and that is caused largely by the state electricity utility, Eskom, where corruption was rife for years.

The government’s directory lists 131 state-owned entities but there are said to be about 700 altogether, at various levels of government. The three biggest, all of which fall under the Department of Public Enterprises, are Eskom, South African Airways (SAA) and Transnet, with five large divisions covering ports, railways and logistics. Eskom and SAA are significant drains on the country’s finances and getting control of all of the country’s SOEs is another major priority.

Agriculture was one industry that saw some positives during the Covid-19 lockdown. Although sectors like wine suffered badly, a reported increase in maize exports, as well as greater international demand for citrus fruits and pecan nuts, helped the industry expand by 15% (StatsSA). Grain crops such as maize, wheat, barley and soya beans are among the county’s most important crops. Only rice is imported. Wine, corn and sugar are other major exports. 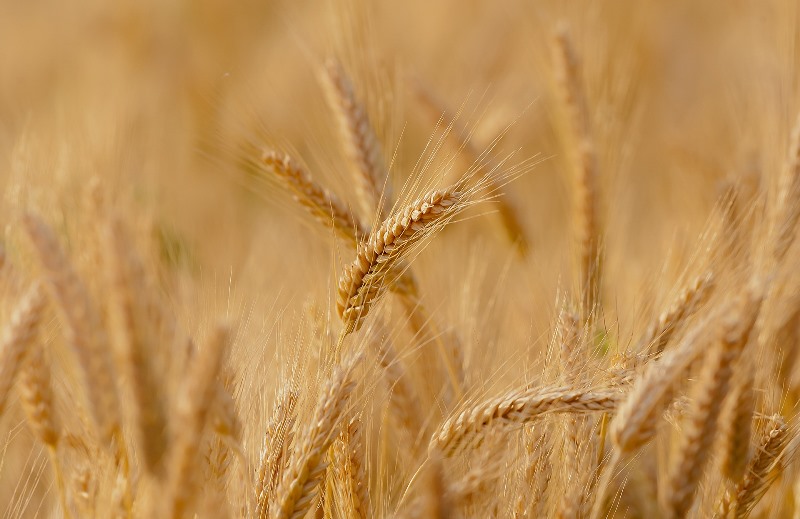 Basing economic growth on a devaluing currency is not always the best long-term method of boosting economic growth, but high-value agricultural exports and increased numbers of high-spending international tourists hold some promise for helping to get the South African economy back on a growth path. Horticulture in particular is seen as holding great potential not only for increased earnings, but for creating jobs.

Another new area that holds great potential for the South African economy is the Oceans Economy. South Africa has 3 000 km of coastline and the extent of the country’s territorial waters is greater than its land size. And yet the country does not have a merchant marine fleet and only scrapes the surface in terms of the percentage of repair and maintenance of boats and oilrigs which could potentially bring work to its ports.

The introduction of renewable energy into the South African energy market via the Renewable Energy Independent Power Producer Procurement Programme (REIPPPP) was successful, but the programme stalled.

Hopes were raised with the publication of a new Integrated Resource Plan (IRP) because investors crave certainty. The IRP is a road map for South Africa’s electricity generation and the previous administration seemed determined to push for an expensive nuclear programme. The latest plan confirms that the already hugely successful drive for renewable energy will be continued and expanded.

South Africa’s traditional strength in minerals still holds good. Although gold mining is declining in volumes (even while prices rise), the major investment of Vedanta Zinc International in a project in the Northern Cape and Sibanye-Stillwater’s acquisition drive in the platinum group metals (PGM) sector are significant economic drivers. Coal and iron ore continue to be exported in large volumes through the Richards Bay Coal Terminal on the east coast and the Port of Saldanha on the west coast.

Automotive manufacturing and automotive components continue to thrive, with large investments by most of the major marques and increased exports a feature of the sector. There has been inward investment in recent years, most notably by the Beijing Automotive International Corporation (BAIC) in the Coega Special Economic Zone outside Port Elizabeth. The Tshwane Automotive Special Economic Zone (TASEZ) has been launched at Silverton in Pretoria.

A new SEZ has been formally declared in the northern part of Limpopo, the Musina-Makhado SEZ. The Namakwa SEZ in the Northern Cape is awaiting its licence, as is the Tubatse SEZ in eastern Limpopo. 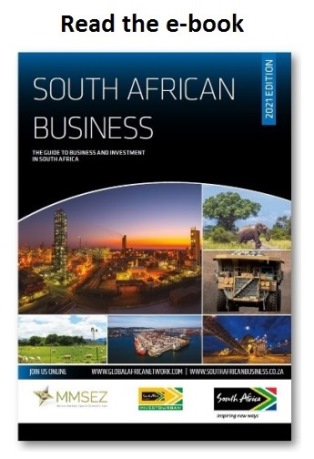 South Africa’s location between the Atlantic and Indian oceans ensures a generally temperate climate. The 2 954 km coastline stretches from the border with Namibia on the Atlantic to the border with Mozambique in the east. The cold Benguela current sweeps along the western coast while the warm Indian Ocean ensures that the Mozambique/Agulhas current is temperate.

South Africa’s coastal plain is separated from the interior by several mountain ranges, most notably the Drakensberg which runs down the country’s eastern flank. Smaller ranges in the south and west mark the distinction between the fertile coastal strip and the dry interior known as the Karoo.

Most of the country has summer rainfall but the Western Cape, which has a Mediterranean climate, receives its rain in winter. Droughts are not uncommon and although the national average is 464 mm, most of the country receives less than 500 mm of rain every year. The Western Cape experienced a severe drought which was broken in 2018. The Orange and Vaal rivers play important roles in water schemes and irrigation and the Limpopo River defines the country’s northern boundary.

The Prieska Copper Zinc Mine Project

September 13, 2021
The proposed development will be in the center of Galeshewe, a township located near Kimberley, in the Northern Cape Province of South Africa.

The Prieska Copper Zinc Mine Project

September 22, 2021
The Project is financed by a combination of equity partners, BBBEE equity partners, investors, service providers and property developers. The project is currently in its fund-raising stage and the early stages of construction.

August 13, 2021
An initial amount of R15-million is required to ensure the bankability of the project, in order to prepare the project for participation by the IDC and the DBSA.

An abundance of opportunities for discerning investors

August 10, 2021
The Northern Cape has the necessary resources that can accommodate investors, being globally competitive, to grow market share and create upstream and downstream opportunities.

August 12, 2021
T3 Diamonds is a registered diamond cutting and polishing as well as jewellery designing and manufacturing company based in Kimberley, South Africa.
- Advertisement -