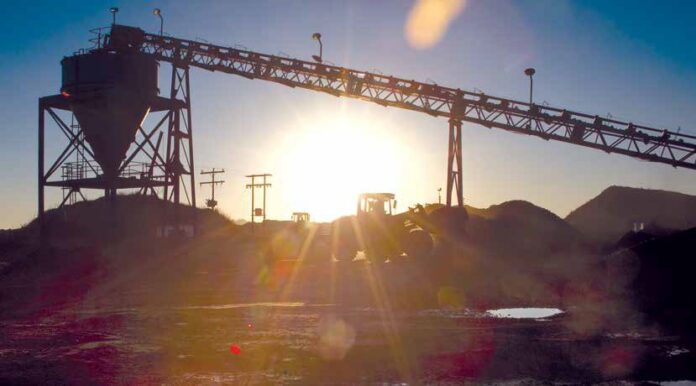 Musetsho’s career at Aveng Manufacturing began in 2009 as a site team leader where she was promoted to three different production supervisor roles. Over the past eight years, Musetsho has accomplished significant success in an industry dominated by males and has performed her duties with confidence. She believes that having the courage to show your true worth and the ability to communicate are both vital for success.

“Women need to demonstrate the ability to influence others and be perceived as wise and trusted individuals. They need to work hard but be mindful that working alone isn’t enough. You need to focus on establishing strong relationships with your colleagues, strive for leadership positions, welcome advice from a mentor and have a vision with a clear path of career development plans,” adds Musetsho, who works for Aveng Duraset, a business unit within Aveng Manufacturing. Aveng Duraset is a well-diversified supplier of engineered support solutions to the mining and geotechnical industries.

Musetsho believes that women need to focus on developing qualities such as assertiveness, independence and ambition as opposed to being warm, supportive and nurturing. Women must capitalise on advantages and create an inclusive work environment. The hunger for knowledge and the ability to learn are a vital part of career advancement in the corporate world.

Musetsho’s survival and success in the industry has not been easy and she has had to overcome many hurdles, including discrimination.

“Female employees who are going through a similar situation need to report this victimisation and take a stand against abuse in the workplace. Be strong, stand up for what you believe in and know that any form of discrimination is not acceptable. You have the same rights as your male colleagues,” adds Musetsho.

Musetsho’s potential for a management position became evident when she was appointed as an acting factory manager at the Westonaria factory and she performed the role with such excellence that she became the natural candidate for the position when it was advertised.

Commenting on her appointment, Musetsho says: “The position matches my work experience, skills and qualifications. Not only can I make a significant contribution to the industry but I am able to carve a pathway for the development of stable career growth within Aveng.”

Musetsho’s recipe for success across all three sites at Aveng Duraset was to be part of production on a daily basis, which helped her grasp the work quicker and understand the way her colleagues work and behave.

Musetsho is an employee who lives Aveng’s values by demonstrating accountability and driving her own development.

“Aveng offers growth opportunities for its employees and I enjoy being part of a family where the managers are encouraging and supportive. My success thus far can be attributed to hard work, determination and the willingness to grab onto opportunities and learn continuously. Anything is possible if you put your mind to it and work hard towards achieving it,” says Musetsho.

Over the next few months, Musetsho plans to enhance her professional skills and advance in the production field. She is also striving to gain more autonomy, network more on a professional level, advance by empowering herself through education and establishing a balance between home and work pressure.

Musetsho holds a Diploma in Building Science from the Tshwane University of Technology, several production management-related certificates and an Advanced Leadership Development Programme Certificate. She is also studying towards attaining an Operations Management Diploma.