The continent boasts an expanding young population and an urbanisation rate considered to be the fastest in the world. By 2034, Africa is projected to have a larger workforce than China and India. 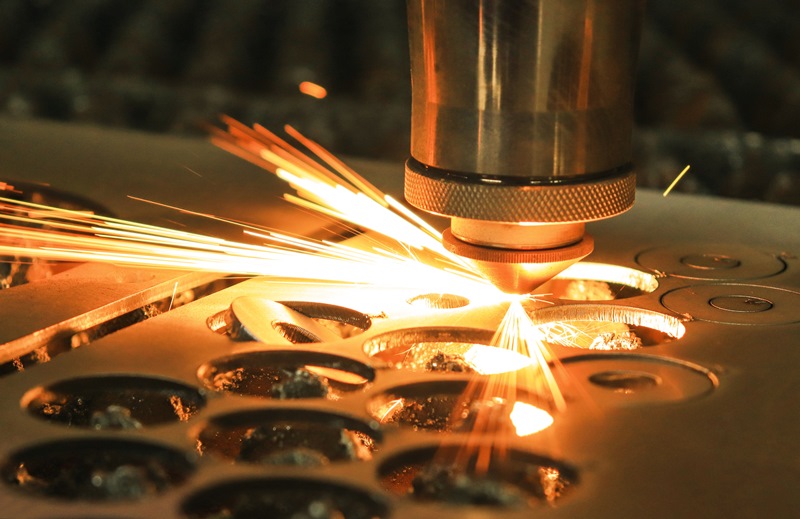 Restraints previously limiting Africa from achieving its potential are waning, finally giving the continent a chance to strive for a level similar to that of developed economies. The continent’s negative geopolitical situation afflicting the region in past decades has rendered Africa a questionable destination for potential investors and businesses. However, dramatic changes in political movements; shifts in power and employment of governmental policies have recently put Africa on the path to progress. Fresh optimism has subsequently brought about increased confidence in both local and foreign investors as the scope of opportunity within the continent has been unlocked.

In a volatile global economy, African nations have continued to prove their progress through favourable macroeconomic indicators such as single-digit inflation rates and positive economic growth. Africa boasts a multitude of manufacturing advantages, ranging from its vast natural resources and low labour costs, to forthcoming trade agreements; enabling manufacturers and companies to conduct business in Africa, thereby promoting trade across half of the continent. These trade agreements and frameworks additionally aim to serve multinational corporations operating in one African country while sourcing inputs from another.

Africa conveys a positive economic growth trajectory, deeming it a feasible alternative to other markets. Africa is considered the world’s fastest-growing continental economy, and its B2B market is at the core of this boom. As the increasing buying power of Africa’s middle class continues, demand for products and services across the continent increases, thereby unleashing potential to develop sustainable economic growth and integration among regions.

The continent also boasts an expanding young population as well as an urbanisation rate considered to be the fastest in the world. By 2034, Africa is projected to have a larger workforce than China and India and thus far, job creation is reported to be outpacing growth in the labour force. Higher urbanisation rates ultimately lead to a higher rate of real GDP growth, as productivity in cities is more than double that in rural areas. Higher productivity consequently translates into higher incomes, and cities offer advanced access to infrastructure, education, and new markets, resulting in increased consumption by households and businesses.

Industry experts purport that as an emerging market, Africa’s current strengths with reference to Industry 4.0, otherwise known as “The Fourth Industrial Revolution”, are not entirely congruent with the prerequisites of innovative global progressions. Regardless, African countries are free from infrastructure legacy concerns, exhibiting a higher degree of flexibility than their developed counterparts. In view of this, Industry 4.0 has capacity to present itself as a consummate opportunity for African industrialists, ultimately placing the continent at the forefront of the global economy.

South African Small and Medium Enterprises (SMEs), manufacturing entrepreneurs and businesspersons have ample opportunities ahead of them. The government is set to provide them with various funding mechanisms in the forms of small business loans with relatively low interest rates, government approved tax breaks, cash grants and industrial financing, thereby providing recipients the support necessary to initiate and execute their potential business endeavours.

Various governmental initiatives and agendas are underway to reinstate the inadequate presence of relegated communities in South Africa’s manufacturing sector. Policies, such as the black industrialists and preferential procurement aim to empower black and female industrialists to establish robust and successful enterprises within the industrial realm. This provides unprecedented opportunities to new entrants who have the potential to contribute fresh perspectives and talent to the region’s manufacturing industry.

Increased political stability, growing investment prospects, business-friendly trade agreements, Industry 4.0, enforcement of policies empowering black and female manufacturers in addition to governmental funding solutions, merely scratch the surface of the extensive spectrum of manufacturing opportunities that Africa has on offer. As the premier event of the continent’s entire industrial sector, the upcoming Manufacturing Indaba is set to explore Africa’s newfound potential and empower its manufacturers to rise on a global scale and realise their true potential at long last.

The aim of the Manufacturing Indaba 2019 and its provincial roadshows is to focus on and boost the growth potential of key industry sectors, namely: automotive, construction, metals, forestry, paper & packaging, chemicals, aerospace & defence, industry products and services, and to provide a platform for informative and interactive sessions with the prime movers of the nation’s manufacturing sectors.

The annual KwaZulu-Natal Manufacturing Indaba will be hosted at Durban ICC , Durban on the 14 – 15 August 2019.

Learn more, register or enquire about the event