Minister of Energy Jeff Radebe on Tuesday assured delegates at the opening of the African Utility Week and POWERGEN Africa in Cape Town of South Africa’s commitment to safe and clean energy, but reminded all that the country’s coal reserves cannot just be ignored.

Despite its commitment to clean energy, South Africa is seemingly not ready to just ditch coal. Minister of Energy Jeff Radebe on Tuesday assured delegates at the opening of the African Utility Week and POWERGEN Africa in Cape Town of South Africa’s commitment to safe and clean energy, but reminded all that the country’s coal reserves cannot just be ignored.

Radebe also told delegates that South Africa’s long-awaited Integrated Resource Plan – which is supposed to give the necessary clarity on the direction of SA’s energy future – will be finalised ‘shortly’. Asked later in an interview what ‘shortly’ means, he side-stepped the time frame issue. The minister said the plan is still under discussion by Nedlac.

Meanwhile, Radebe’s comments regarding the future of coal was labelled typical ‘double speak’ by energy expert Ted Blom. In his keynote address Radebe told delegates that although coal prices remain low, the high carbon content of coal has its own costs, especially to the environment.

Said Radebe: “The energy sector alone contributes close to 80% towards total emissions, of which 50% are from electricity generation and liquid fuel production alone.” The Minister acknowledged that a paradigm shift is needed to reach the emission reduction targets, but argued that this should not be to the detriment of communities. “Our vast coal deposits cannot be sterilized simply because we cannot explore technological innovations to exploit the coal,” he said. “The timing of the transition to a low carbon economy, in line with our accession to the Paris Agreement, must be in a manner that is not insensitive to the potential impacts on jobs and local economies.”

Radebe also stressed that the capture and storage of carbon along with other cleaner coal technologies remain critical considerations to help South Africa continue using its coal resources in an environmentally responsible way.

But according to Blom the Minister fails to see that coal does not necessarily have to be “dirty”. There are countries like the USA where one can stand at a power station and there is clean air. So, the technology for clean coal is there. The point is: Eskom is bankrupt and do not have the money to buy and properly invest in this technology.” Blom said there should be more pressure on Eskom to keep the air clean. “They can do it, but there is no political will.”

Eskom CEO Phakamani Hadebe in an interview said they are looking at a plan for cleaner coal, but was less forthcoming with details. “In terms of the IRP proposals, we are looking at coal being 44% of our energy supply by 2030 and it will then reduce to 30%. So, it questions our own strategies on what needs to be done. What we decided to do especially in the face of diminishing funding for coal, is to work with communities so that there are other options to grow (local) economies rather than just closing shop.”

More than 10 000 energy and water professionals are expected to attend the three-day utility conference, which ends Thursday.

To register or for more information, visit www.african-utility-week.com 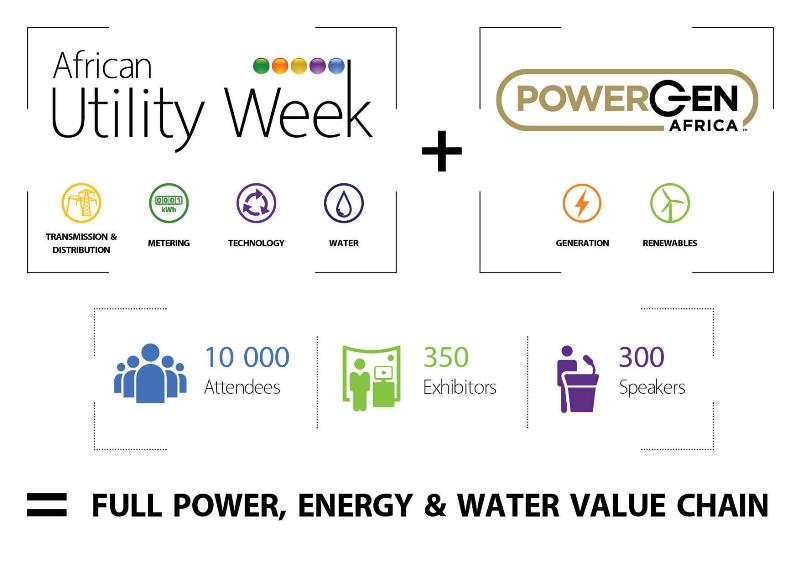