Cape Town’s status as “Africa’s Tech Capital” gives the city-region the basis for leadership in a range of other sectors such as asset management, financial services, business process outsourcing and others.

Neighbouring Stellenbosch is advancing its reputation for technological innovation and the output of the region’s four universities and six TVET colleges ensures that the tech sector has the necessary human capital.

There are 22 active incubators and accelerators in the region which provide networking and marketing opportunities and links to funders and markets. The City of Cape Town has installed 848 km of fibre-optic cable and the sector supports more than 40 000 jobs with established brands such as Amazon and Panasonic coexisting with startups such as Luno, Yoco, Jumo and SweepSouth. Cape Town hosts more than half of all startups in South Africa.

The Western Cape is one of nine provinces of the Republic of South Africa. South African provinces do not have the kinds of powers enjoyed by states in federal entities such as the US or Nigeria. Health, education and traffic have traditionally been the biggest components of provincial authority. The priority list of the Western Cape Provincial Government, however, includes energy and transport.

The province and the City of Cape Town are lobbying national government for a greater role for municipalities in the generation and distribution of energy. The potential of renewable energy is being realised through the national independent power producer programme and there is a strong lobby to build a gas-to-energy plant in the province. The new Special Economic Zone for Green Technology in Atlantis is attracting investment in renewable technologies.

In 2018 the City of Cape Town launched a resilience assessment, the first step in a larger process. The Rockefeller Foundation chose the city as one of 100 around the world in which programmes would be tested to improve the ability of the city to withstand shocks such as severe droughts. The city wants to expand the lessons it learnt in the period of water shortage into other areas such as energy generation and energy efficiency.

The Western Cape Provincial Government is also investing in resilience. A market intelligence report covering energy, renewable energy, water and waste was created by Green Cape to map the assets and challenges in these areas.

In addition to trying to attract green investment into the province, the province is working for improved regulations related to small-scale embedded generation (SSEG). The City of Cape Town also wants to be able to rent out its infrastructure to a power producer who can supply a user via that infrastructure. This is known as “wheeling”. A start was made with the Darling wind farm, but more work needs to be done on the legislative framework.

Much of this work is done by a unit called the Sustainability Energy Markets within the Energy Directorate. Another area of focus for this group is to investigate energy use by low-income households.

The Western Cape is lobbying hard for Saldanha Bay to be a site for a gas-to-power plant. If a gas plant is built at Saldanha, then it could be a catalyst for the use of gas in many other sectors such as manufacturing and residential.

In similar vein to the argument for greater involvement in energy issues, Premier Alan Winde has argued that the control of the railways that serve greater Cape Town should be more localised. He cites a deal signed in the city of George between the national and provincial transport ministers to improve the system as an example of the kind of cooperation which is needed.

Energy and transport are keys to being able to do business, and that is the focus of another provincial initiative, the Red Tape Reduction Unit. Successful at a provincial level, the plan is to now set up similar units at municipal level.

Covid-19 created serious backlogs at the Port of Cape Town but the problems predated the health crisis. In December 2019, the Western Cape Department of Economic Development and Tourism (DEDAT) convened a meeting for every kind of port user, from exporters to logistics companies and for the various divisions of Transnet, the tax authority and the City of Cape Town.

In 2019 the Port of Cape Town received 510 ships at the Container Terminal but it could have had many more if turnaround times were better. All parties are working together to find a solution, which will include better coordination of delivery schedules and more cranes. Cranes able to work in high winds are being tested.

The hospitality sector suffered a huge blow from the effects of the Covid-19 global lockdown.

As travel slowly picks up, hotel groups, lodges and bed-and-breakfasts are starting to attract inter-provincial travellers. In time, international travel will follow but what of the meetings, incentives, conferences and exhibitions (MICE) sector?

The economic impact on gross geographic product of the Cape Town International Convention Centre alone in 2018/19 was R4.5-billion (Cape Town Central City Improvement District). Wesgro’s Convention Bureau signed 52 events or conferences in the course of 2019/20 but of course most, if not all, of these events will not take place.

The Radisson Hotel Group has come up with “Hybrid Solutions” as a response to the “new normal”. Incorporating Hybrid Rooms and Hybrid Meetings, the idea is to offer virtual participation options and hybrid formats for small local gatherings, while also broadcasting to remote attendees and satellite locations. Hotels will offer teams to set up the equipment. Park Inn by Radisson Newlands (pictured above) is one of the group’s six hotels in Cape Town.

The province has a dedicated investment agency, Wesgro. The Investment Promotion Unit of Wesgro has been working with various regions within the Western Cape to attract investment and accelerate exports. Seminars have been held in the Cape Winelands, the West Coast and the Garden Route.

Encouraging investment in Cape Town has been recognised as something that needs a full-time office and a strategy. Invest Cape Town is an agency of the city that works to create the best possible conditions to attract investors. Areas of focus include broadband access, energy security, the reduction of red tape and improving air access to the city. 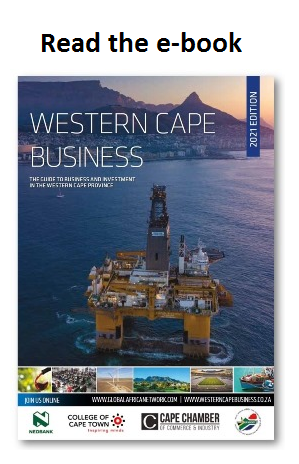 Finance, business services and real estate combined contribute 28% to the gross domestic product (GDP) of the Western Cape. The financial services and insurance sector are key components of the economy. Many of South Africa’s biggest companies have their headquarters in Cape Town. Asset management and venture capital companies have been growing steadily.

The province has a diverse manufacturing sector ranging from textiles, clothing, footwear and furniture to coke and refined petroleum products. Excluding agro-processing, other manufacturing makes up 6.9% of GDP. 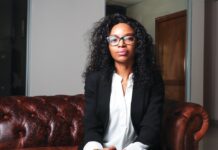 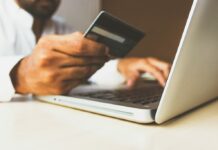 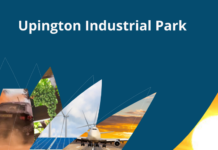 May 31, 2021
Biggi Brands was founded in 1991 and is situated in Hopetown, Northern Cape. The company supplies premium quality popcorn to customers all over the world.

May 8, 2021
Outclass Crystallized Gems is part of the “Young Diamantaires Program”, which is run by the World Federation of Diamond Bourses and a member of the Diamond Dealers Club of South Africa.

May 4, 2021
There are opportunities to rent factory space at Free State Development Corporation properties in Botshabelo, Phuthaditjhaba and Industriqwa.
- Advertisement -