The municipality is bordered in the west by the Atlantic Ocean, in the north by the Bergrivier Municipality and the east by the Swartland Municipality.

The Saldanha Bay Municipality covers an area of 2015 km² and and have a coastline of 238 km. Our head office is located in Vredenburg, with satelite offices in Hopefield, St Helena Bay, Paternoster, Saldanha and Langebaan.

Saldanha has the largest natural port in Africa and the area is earmarked as a regional motor for the development of the Western Cape Province. 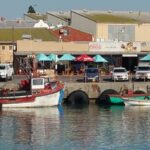 February 11, 2018
Priority developments planned within each of the five local municipalities of the West Coast District opens up new opportunities for investors. 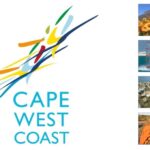 November 3, 2017
West Coast Tourism offers a series of tourism routes and guides to help you discover the unique Cape West Coast.
facebook linkedin twitter
© 2017
We use cookies on our website to give you the most relevant experience by remembering your preferences and repeat visits. By clicking “Accept”, you consent to the use of ALL the cookies.
Do not sell my personal information.
Cookie SettingsAccept
Manage consent