Mainstream South Africa is a leading developer of wind and solar PV projects employing more than 45 people in its Cape Town and Johannesburg offices.

Since the South African Renewable Energy Independent Power Producer Procurement Programme (REIPPPP) was launched in August 2011, Mainstream has been awarded 848 megawatts (MW) of wind and solar projects–more than any other project developer.

Mainstream designs, develops, builds and operates the wind and solar PV projects and its strategy is to work as a consortium to submit bids. It has worked in partnership with organisations such as Absa Capital, Globeleq, Thebe Investment Company and Siemens Energy South Africa. 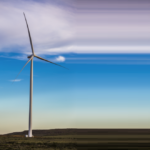 January 24, 2018
The wind farms have announced the commencement of their 20-year commercial operations, a milestone they have achieved on schedule, on budget and without a single lost-time incident. 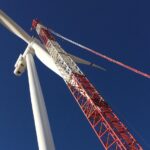 September 12, 2017
Khobab Wind Farm has announced the completion of all 61 wind turbine installations, more than two weeks ahead of schedule, on 8 September 2017.
Load more
facebook linkedin twitter
© 2017
We use cookies on our website to give you the most relevant experience by remembering your preferences and repeat visits. By clicking “Accept”, you consent to the use of ALL the cookies.
Do not sell my personal information.
Cookie SettingsAccept
Manage consent