The Cape Winelands District Municipality is situated in the Western Cape Province and is one of 44 district municipalities in South Africa. The Western Cape Province is located in the South-Western tip of the African continent, bordering the Northern Cape in the north, the Eastern Cape in the east, the Atlantic Ocean on the west and the Indian Ocean in the south. The province covers a geographical area of 129 370 km², constituting 10.6% of the total land area of the country.

The area is one of the “pearls” of South Africa’s rural and small-town sub-regions, but disparate with a relatively high and diverse level of development. 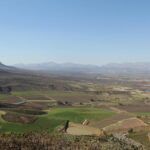 The Cape Winelands District charts the way to a prosperous future

December 12, 2019
A new regional Socio-Economic Development Strategy has been developed. 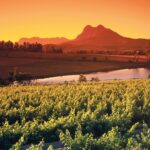 Quality of life and sustainable development in the Cape Winelands District

February 4, 2019
Executive Mayor Alderman (Dr) Helena von Schlicht outlines some of the unique advantages that make the Cape Winelands District such an attractive destination for tourists and for business investment.
facebook linkedin twitter
© 2017
We use cookies on our website to give you the most relevant experience by remembering your preferences and repeat visits. By clicking “Accept”, you consent to the use of ALL the cookies.
Do not sell my personal information.
Cookie SettingsAccept
Manage consent