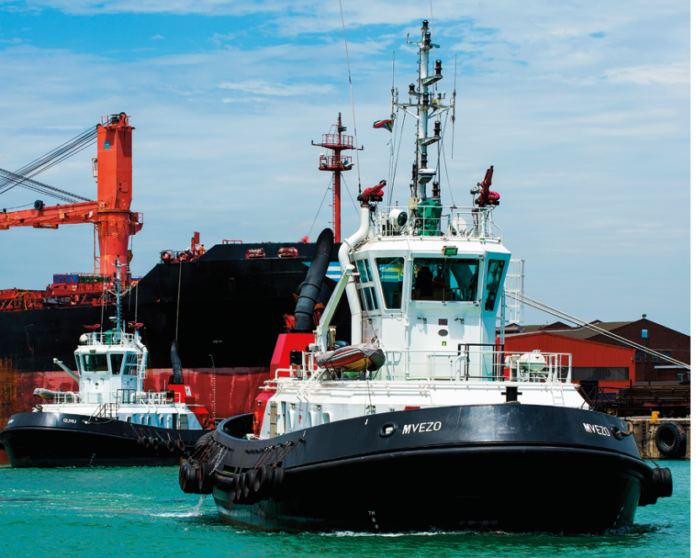 A new university campus, a new institute, new training programmes at several venues across the country, investment in ports and equipment – the Oceans Economy is no longer just a concept talked about at conferences, it is a reality that is starting to have an impact on South Africa.

One statistic illustrates the potential: South Africa does maintenance on only 5% of the 13 000 vessels that uses its ports and services 4-5% of the approximately 130 rigs that pass along the coast each year. Large quantities of oil are transported around the Cape of Good Hope every year: 32.2% of West Africa’s oil and 23.7% of oil emanating from the Middle East.

South African companies are alert to this potential. More than 7 000 direct jobs were created in the Western Cape ship and rig repair sector in 2015.

Port Elizabeth has positioned itself at the centre of the academic side of the Oceans Economy. Nelson Mandela University launched the Ocean Sciences Campus in 2017 and the South African International Maritime Institute (SAIMI) has chosen the city as its base as it sets about supporting the sector through research and training. SAIMI runs the National Cadet Programme which is paid for by the National Skills Fund.

The curriculum for these institutions ranges from the law of the sea, shipping and transport, to aquaculture, boat-building, oil and gas exploration, repair and maintenance and environmental management. The university has four marine sector chairs funded by the South African Research Chair Initiative (SARChI) and the National Research Foundation (NRF).

South Africa has a number of licenced Special Economic Zones (SEZs), some of which are called Industrial Development Zones (IDZs). The best established of these are the coastal IDZs at Saldanha, Coega (Port Elizabeth), East London and Richards Bay.

These areas are central to the Oceans Economy strategy because of their strategic positions and the favourable environment created for investment by specific legislation related to SEZ tariffs, tax deductions and grants. The first illustration of national commitment to the strategy came late in 2016 with the allocation by the Department of Energy of two Liquefied Natural Gas (LNG) plant options, one each to the IDZs of Richards Bay and Coega.

The Saldanha Bay Industrial Development Zone is central to a plan to grow the oil and gas sectors although it was not allocated a possible LNG plant. Large industrial operations already exist at Saldanha and the Port of Saldanha Bay is the portal for the export of South Africa’s iron ore. The SBIDZ is set to become a hub for a range of maritime repair activities and oil rig maintenance and repair.

The ports of Ngqura and East London are well positioned to act as container transit points and the skills set of the Eastern Cape’s workforce, particularly in the automotive and automotive parts sector, could be attractive to repairers and manufacturers in marine subsectors. Both Eastern Cape IDZs have aquaculture sections. The East London IDZ already has investors such as Pure Ocean Aquaculture and Ocean Wise.

Durban’s annual throughput of containers is about one million, more than 60% of the country’s total. As part of Operation Phakisa, the Port of Durban is upgrading its dry dock and buying new cranes to speed up operations. There is also an ambitious plan to dig out the old airport south of the city, connect the big hole to the sea and make it a harbour; this would allow Toyota to roll their new vehicles directly from the factory floor to the hold of a ship.

The Port of Durban is already home to a variety of maritime companies. EBH-SA has been in the business marine engineering and repairing ships since it began as Elgin Brown and Hamer in 1878. To improve their competitiveness, three South African shipbuilders (SAS, Damen Shipyards Cape Town and Nautic Africa) have agreed to pool their resources on contracts.

Cooperation pacts like this one might be a good template for the nation’s ports and the rig/boat repair and servicing sector. With the Angolan and Mozambique oil and gas industries growing bigger every day, it is unlikely that one port could cope with demand anyway.

The Port of Richards Bay has added a new berth on average every second year. It has deep-water infrastructure and the huge Richards Bay Coal Terminal, the country’s primary site of export for coal. The Richards Bay IDZ intends becoming an energy hub.