Is Bitcoin a legitimate investment resource?

Should Bitcoin be regarded as a legitimate or potentially profitable investment resource? Answering this question requires that we look into a few relevant factors. 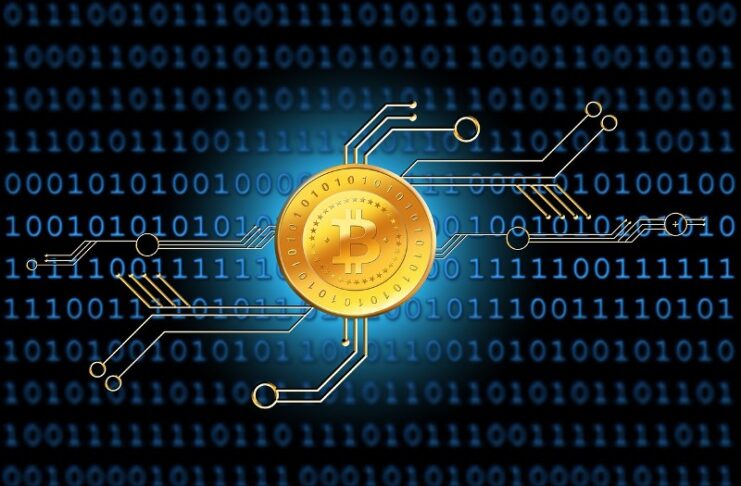 In a November post identifying and analyzing numerous investable commodities, marijuana was described as “the risky newcomer on the scene”. This is a fair characterization, not only in a vacuum but particularly when the drug is held up against the likes of gold (a historical “safe haven”) or promising battery metals. But on the subject of risky newcomers, marijuana may not even be the most appropriate commodity to fit the description. That dubious honor may in fact be better bestowed upon bitcoin.

Having confounded the financial world for about five years now since becoming a noteworthy asset, bitcoin remains about as difficult to analyze as it has ever been. In the space of just over a year its value spiked from $5,000 to just under $20,000, to back down under $4,000, and there could be similar volatility ahead.

Even now, with the cryptocurrency having struggled throughout 2018, predictions vary regarding where it’s headed next. Some see this as a temporary lull before a renewed surge; some see it as the beginning of the end.

So should bitcoin be regarded as a legitimate or potentially profitable investment resource? Answering this question requires that we look into a few relevant factors.

Narrative isn’t everything in investment, but it does matter. Right now, the narrative surrounding bitcoin and cryptocurrency overall couldn’t be a whole lot worse. While there are still cryptocurrencies that serve unique purposes, and there’s still a great deal of interest in blockchain technology’s impact on our digital future, bitcoin itself is viewed by many as having more or less collapsed.

Compare this to a year ago, when bitcoin was seen as a financial rocket ship, and it’s understandable that there is largely diminished enthusiasm for investment. Of course, the fact that things shifted so much in a year also demonstrates that bitcoin could be hot again in no time.

Bitcoin has failed to achieve widespread utility, and the opportunities for it, at least on a global scale, are somewhat niche. Betting and gambling businesses are sometimes mentioned, but reviews of existing sites in these areas show plenty of established ways to pay, and little need for cryptocurrency.

Unbanked regions of Africa come up frequently as well, but there seems to be limited momentum toward actually spreading bitcoin in these areas. For the most part, bitcoin remains useful at a handful of online retailers and select private stores, which in turn means there’s fairly little demand for it as a functional currency. If this remains the case it could deflate the cryptocurrency’s long-term value.

On a more positive note, it is worth remembering that many of the original bullish outlooks on bitcoin were focused on its long-term promise rather than short-term gains. In theory, someone who pumped millions of dollars into bitcoin four years ago wasn’t excited about the 2017 gains and isn’t worried about the 2018 losses.

The focus instead is on where bitcoin might be five or even 10 years from now. In other words, it’s most appropriate to truly talk about bitcoin as an investment – not a trade. That doesn’t mean it’s automatically going up by any means, but adopting this patient perspective can leave you less concerned with the asset’s incredible volatility.

The good thing about investing in bitcoin now is that it’s nowhere near as risky as it was while it was climbing toward $20,000. At the time, it was tempting to buy in at $15,000 and hang on for dear life, and undoubtedly many people lost a great deal of money during the crash. Now, with bitcoin under $4,000 and possibly heading lower, there’s less risk of a total disaster.

There is also, naturally, more upside, which recently led one investor to make a massive bet that bitcoin and a handful of other cryptocurrencies will actually outperform the S&P500 over the next 10 years (long-term outlook, again). Basically, in a way, the market has been reset from a risk vs. upside perspective.

Whether or not it’s wise to invest in bitcoin is a personal decision – not a fact that can be gleaned from analysis. None of this is meant to persuade or dissuade anyone to buy in. What we can say is that bitcoin is a legitimate investable resource – just one that tends to keep us guessing, and which is far from a guaranteed success.