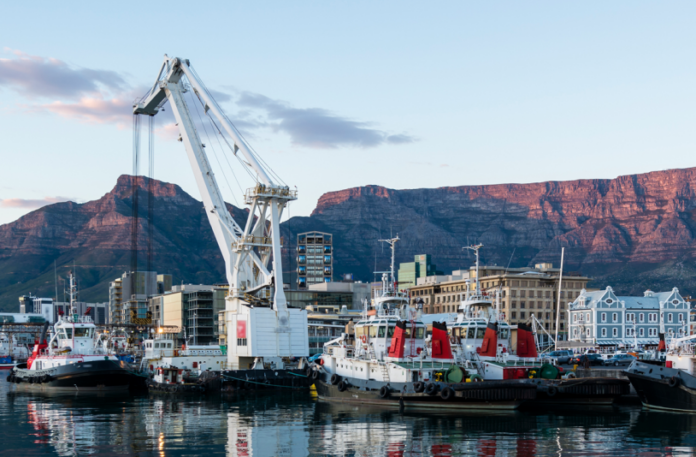 Investment into the Western Cape is steadily growing in a wide range of sectors and from an increasingly diverse set of countries.

These include a Japanese financial services company, several French outfits concerned with financial technology and Spanish and Danish firms in the renewable energy sector. Tech giants such as Amazon and Microsoft have recently made major investments.

The City-region surrounding the provincial capital, Cape Town, has established itself as a technology hub, with ICT a priority for city and provincial governments.

In a global survey done in 2017, Savills identified 22 cities that had the potential to be world leaders in technology, and Cape Town was on that list (read the 2019 report here).

The French government has officially designated the city as one of six global French Tech Hubs. French Tech Labs is a fintech incubator, offering mentoring for innovators, connections to possible investors and a chance to travel to France. Barclays Bank has invested in a fintech incubator in Cape Town, Rise. There are six other Rise sites around the world, including New York and Mumbai.

Amazon Web Services (AWS) will set up a data centre in Cape Town in 2020 to serve Sub-Saharan Africa. Microsoft Azure data centres have been launched in Cape Town and Johannesburg. There are 2 000 ICT firms in the Western Cape, and they have 17 000 employees.

Cape Town routinely wins awards such as “Africa’s Leading Festival & Event Destination” 2018 and 2019 (World Travel Awards, 2018 and 2019). Surveys often find that tourists love the place, such as the Daily Telegraph’s readers who voted in the Telegraph Travel Awards for “Greatest City on Earth”. The city has 33 Blue Flag beaches, nine Blue Flag marinas and two UNESCO World Heritage Sites, Robben Island and the Cape Floral Kingdom. Beyond the Cape Peninsula, the Cape Winelands ranks among the must-sees, as does the Garden Route.

Encouraging investment in Cape Town has been recognised as something that needs a full-time office and a strategy. Invest Cape Town is an agency of the city that works to create the best possible conditions to attract investors. Areas of focus include broadband access, energy security, the reduction of red tape and improving air access to the city.

The province has a dedicated investment agency, Wesgro, which also serves the City of Cape Town. The Investment Promotion Unit of Wesgro has been working with various regions within the Western Cape to attract investment and accelerate exports. Seminars have been held in the Cape Winelands, the West Coast and the Garden Route.

In the decade to 2015, the Garden Route’s economy grew at an average rate of 4.8% and total exports (about R2-billion) expanded by 45% in the same period.

Being perceived as business-friendly is clearly important to policy planners in the Western Cape. In his first State of the Province Address, new Premier Alan Winde said in 2019 that his administration’s priorities included removing and streamlining barriers for business, developing a provincial “Ease of Doing Business Index” in the Western Cape, supporting informal and township economies and providing incentive schemes for small businesses.

One of the strongest growth areas for exports is in the halal market. The inaugural Africa Halal Week in 2018 had 25 international guests with 700 delegates. Agricultural and agri-processing products have done well in all markets.

By reporting time at the end of Quarter 3 of the 2018/19 financial year, Wesgro reported:

Speaking at a conference in 2019, Cape Town City Mayoral Committee Member for Economic Opportunities and Asset Management James Vos said, “Our main aim is to be the go-to city in Africa for business, investment, film, trade and tourism.” Vos outlined how the city was investing in IT infrastructure, with 848 km of fibre-optic cable laid and a further R1.9-billion in the pipeline to be spent on fibre infrastructure.

The successful Air Access programme has not only boosted tourist numbers to the Western Cape. The new United Airlines flight between Cape Town and New York will lead to an increase in direct and indirect imports into the province, with cargo capacity contributing approximately R94-million in possible additional trade. It could also contribute R286-million to the Gross Geographic Product (GGP) and R144-million in direct Gross Value Add (GVA) to the local economy.

Finance, business services and real estate combined contribute 28% to the Gross Domestic Product (GDP) of the Western Cape. The financial services and insurance sectors are key components of the economy. Many of South Africa’s biggest companies have their headquarters in Cape Town. Asset management and venture capital companies have been growing steadily.

Although agriculture only accounts for 4.3% of GDP on its own, the sector is responsible for the fruit and vegetables that contribute to agri-processing which accounts for nearly 40% of the province’s export basket. (Agri-processing accounts for 8.1% of GDP.) Citrus, wine, apples and pears, grapes, fruit juice, fruit and nuts and tobacco all appear in the top 10 of the province’s exports. Seventy percent of South Africa’s beverage exports come from the Western Cape. Grapes and wine sales to Europe remain very strong but the Chinese market is becoming increasingly important.

The province has a diverse manufacturing sector ranging from textiles, clothing, footwear and furniture to coke and refined petroleum products. Excluding agri-processing, other manufacturing makes up 6.9% of GDP.

The province is divided into one metropolitan municipality and five district municipalities: 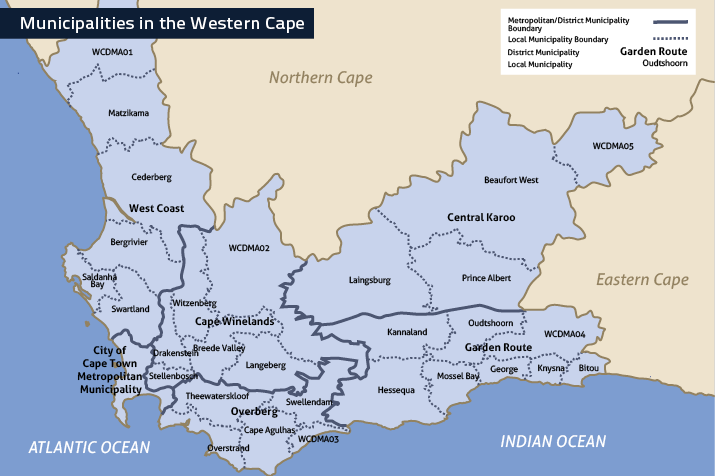 Cape Town is a culturally diverse and dynamic metropolis set among beautiful beaches and winelands with the spectacular Table Mountain as a backdrop. The city is the engine of the regional economy, with most of the Western Cape’s heavy and medium industry located within the metropolitan area of Cape Town.

The largest sector in the city’s economy is the financial and business services industry. The opening of a branch of the JSE in the city is a sign that this sector continues to grow, as is the decision of more asset managers to move their headquarters to Cape Town. The tourism, retail, construction and property sectors have been doing well for many years. The city has a population of 3.2-million and contributes 76% of the Regional Gross Domestic Product.

Cape Town is home to the nation’s parliament and is the site of two World Heritage Sites: the Cape Floral Region (including Table Mountain) and Robben Island. The Cape comprises only half a percent of the landmass of Africa yet the Cape Floral Region accounts for nearly 20% of the flora of the continent. Robben Island was the site of the incarceration of the most prominent political prisoners during the apartheid era, including Nelson Mandela.

Cape Town has been welcoming the world in increasing numbers since Mandela’s release in 1990, and it is now regarded as one of the world’s great tourist destinations.

The Port of Cape Town is ideally situated at the crossroads of some of the world’s most important trade routes. The transport, maritime and logistics sector is consequently very important. Bunkering and ship repair are other vital port facilities, and the boat repair and boat building industries continue to grow. The port plays a major role in exporting the province’s excellent fruit, wine and other agricultural products to international markets.

Cape Town has a diverse manufacturing sector, with petroleum products, food and beverages and metals and metal products being major sectors. Growth sectors include the film industry, ICT and other tech specialities such as fintech and medical diagnostics.

The economy of this region ranges from manufacturing in Saldanha, Atlantis and Malmesbury to agriculture and forestry centred on inland towns like Moorreesburg (wheat), Cedarberg (forestry) and Citrusdal. Cement is made in Riebeeck West and Piketberg and fishing takes place all along the coast. Rooibos tea and shoes are made in Clanwilliam. The remote mission station of Wupperthal, famous for its veldskoens, suffered a bad fire in 2018. The Port of Saldanha Bay is the principal port for the export of iron ore and with the impending declaration of the Saldanha Industrial Development Zone, is gearing up to service the continent’s oil and gas industry with oil rig maintenance among the services. Mineral sands are mined north of Saldanha.

Nearly 70% of South Africa’s wine comes from this area. Vineyards also attract many tourists but tourism in the Winelands includes wellness spas, adventure tourism and game farms. Manufacturing is concentrated on processing grapes and fruit into wine, juice, brandy, dried and tinned fruit products. Dairy manufacturer Parmalat has a large cheese-making facility in Bonnievale. Robertson is known for roses and thoroughbred horses. Stellenbosch is home to its eponymous university which is becoming synonymous with tech start-ups and innovation. Several large companies, such as PSG Group, have their headquarters in the town.

The Overberg contains the southernmost tip of Africa (Cape Agulhas), the oldest mission station in South Africa (Genadendal), a large casino resort (in Caledon) and some of the best whale viewing in the world (Whale Coast). Swellendam is a superb location for the cultivation of berries and horse breeding. The region hosts high-quality fruit farms in the Ceres Valley and rural villages that are very popular with tourists such as Barrydale and Greyton. Agriculture is the principal economic activity of the region and the services sector is strong.

The area has two important tourist names: the Cape Garden Route on the coast and the Klein Karoo between the mountain ranges. Route 62 is a popular route which ends (or starts) in Oudtshoorn, home of the Cango Caves. A report by the Bureau for Economic Research has found that the Garden Route DM is one of the best-performing regions because of tourism. The area is famous for fine golf courses and golf estates. Mossel Bay, where the slipway in the harbour has received a multi-million-rand upgrade, hosts a large gas-processing plant while George is a node of manufacturing, trade and administration. The Klein Karoo has its own wine route and port, cheese and brandy are produced. Fruit, vegetables and ostriches are other main products.

The largest district in the province has the smallest population, a reflection of the semi-desert conditions: 71 000 people live on 38 000km². Sheep farming predominates and there are plans to introduce agri-parks to towns in the region. Beaufort West is strategically positioned on the N1 highway which links Cape Town with the interior of South Africa but has been experiencing terrible drought conditions in recent years. The nearby Karoo National Park has acquired some lions and Prince Albert is a quaint town in the shadow of the Swartberg Mountains, close to the dramatic portals that link the Karoo to the Klein Karoo: Seweweekspoort, the Swartberg Pass and Meiringspoort. 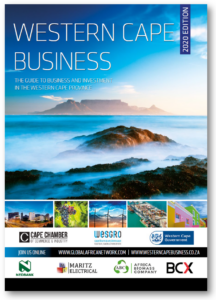