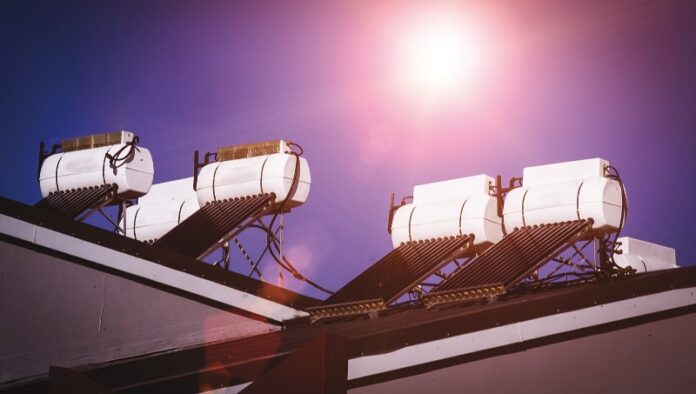 The City of Cape Town has set a target of generating 20% of its electricity from renewable energy and it is going to court to try to make sure that this happens.

The first medium-term budget policy statement of new Finance Minister Tito Mboweni in October 2018 was mostly designed to calm the markets after a tumultuous time in the political sphere.

As a well-respected former Reserve Bank governor, Mboweni was almost universally welcomed as a steady hand on the country’s finances. What he said about electricity was significant. Mboweni said, “Restructuring of the electricity sector is underway. This must include a long-term plan to restructure Eskom and deal with its debt obligations.” Mboweni’s predecessor, Nhlanhla Nene, had previously said that the restructuring of Eskom was “top of the agenda”.

Eskom runs electricity generation, transmission and distribution and it is a monopoly. Mboweni’s statement opens up the possibility that a long-stalled plan to divide up these functions could eventually take place. In 2013 a parliamentary bill called the Independent System and Market Operator (ISMO) was passed, but allowed to lapse in the same year.

Unreliable and expensive power is a massive constraint on business, and provincial and city governments in the Western Cape are champing at the bit to be allowed more freedom to participate in the sector. 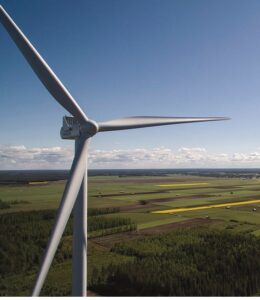 When South Africa ran out of power in 2008, a programme to get private investors to build renewable energy capacity was introduced, the Renewable Energy Independent Power Producer Procurement Programme (REIPPPP). Between November 2011 and July 2016, South Africa received commitments of investments to the value of nearly R200-billion through this programme.

It had by May 2016 delivered the promise of 6 377 megawatts (MW) with an investment value of R250-billion and many of the projects are already delivering electricity to South Africa’s grid. Figures released by the South African Wind Energy Association (SAWEA) showed shareholding for local communities reached an estimated net income of R29.2-billion over the lifespan of the projects.

But at that point, Eskom said that it would not buy power from independent producers. Only when President Zuma was replaced by President Ramaphosa did the programme get back on track.

In April 2018, newly appointed Energy Minister Jeff Rabebe restarted the REIPPPP when he signed off on projects totalling R56-billion that will add 2 300 MW to the national grid. Most of South Africa’s electricity comes from coal and Eskom is building two huge coal-fired power stations.

Shortly thereafter, a new Integrated Resources Plan was released. This was a major event because the first Integrated Resource Plan (IRP) was printed in 2010 and was supposed to be updated regularly to guide the nation’s approach to electricity. Instead, the release of updated IRPs was delayed to the detriment of proper planning. In that uncertain environment, there was a strong push for expensive nuclear options.

The release of IRP 2018 brings certainty to the market. Nuclear will not be considered again until at least 2030. The South Africa Photovoltaic Industry Association (SAPVIA) welcomed what it calls the “rational” draft plan.

The potential of renewable energy is being realised and there is a strong lobby to build a gas-to-energy plant in the province.

In September 2018 the City of Cape Town launched a resilience assessment, the first step in a larger process. The Rockefeller Foundation chose the city in 2016 as one of 100 around the world in which programmes would be tested to improve the ability of the city to withstand shocks such as severe droughts. The city wants to expand the lessons it learnt in the period of water shortage into other areas such as energy generation and energy efficiency. Former MP Gareth Morgan is Cape Town’s Director of Resilience.

The Western Cape Provincial Government is also investing in resilience. A market intelligence report covering energy, renewable energy, water and waste was created by GreenCape to map the assets and challenges in these areas.

In addition to trying to attract green investment into the province, the province is working for improved regulations related to small-scale embedded generation (SSEG).

The idea of home-owners being able to sell surplus electricity from rooftop solar systems had been restricted to the Cape metropolitan area until 2015. The application of the provincial government’s Energy Security Game Changer has expanded (via bylaws) to the whole province. There are 19 municipalities where rooftop solar PVs are connected to the electricity grid, 13 of which have nationally approved tariffs in place. Users in the 13 areas can be paid for the power they supply, provided the facility has a capacity of 1 MW or less. A total of 47 MW in rooftop solar PV is currently installed in the province.

Two further processes are underway. The City of Cape Town would like to buy electricity from independent producers as part of the REIPPPP process. At the moment, the sole buyer is Eskom. The city hopes that its court case to establish or deny this right will be heard early in 2019.

Finally, the City of Cape Town wants to be able to rent out its infrastructure to a power producer who can supply a user via that infrastructure. This is known as “wheeling”. A start was made with the Darling wind farm, but more work needs to be done on the legislative framework.

Much of this work is being done by a unit called the Sustainability Energy Markets within the Energy Directorate. Another area of focus for this group is to investigate energy use by low-income households.

The Western Cape is lobbying hard for the National Department of Energy to allow Saldanha Bay to be a site for a gas-to-power plant. The site has existing bulk power consumers like ArcelorMittal Steel. If a gas plant is built at Saldanha, then it could be a catalyst for the use of gas in many other sectors such as manufacturing and residential.

The Cape Peninsula University of Technology’s Energy Institute is a leader in research in the field of electricity, and is also responsible for a regional publication relating to domestic use, DUE.

Construction was due to begin in 2018 on Perdekraal East Wind Farm in the Witzenberg Local Municipality. Located on 3 055 ha, the facility’s 48 turbines will produce 110 MW and make it the biggest wind farm in the Western Cape. Investors include Mainstream Renewable Power, African Rainbow Energy and Power (AREP), Lekela Power and HI Holdings.

George Municipality will reduce the electricity consumption of its streetlights by 50% by fitting Light Emitting Diode (LED) streetlights. The two-year project has received grant funding from the Department of Energy (DoE) and will be carried out by the municipality with Clinkscales Maughan-Brown Consulting Engineers.

A shopping mall has been made possible in a rural town because of innovative battery technology. Sola Future Energy is installing a 696 kWh Tesla battery that will store energy from 2 580 solar panels which in turn will make it possible to run the Cedar Mill Mall in Cedarberg. The lithium-ion battery costs as much (R8-million) as the solar panels but developer Noble Property Fund believes that the development would not have been possible without the technology. Sola Future Energy also installed a micro-grid system on Robben Island, which previously relied heavily on a diesel generator.

Enel Green Power has ordered the biggest wind turbines to be used in South Africa so far from Vestas Turbines. The hubs of the turbines to be placed at Soetwater and Karusa will be 82 metres above the ground.