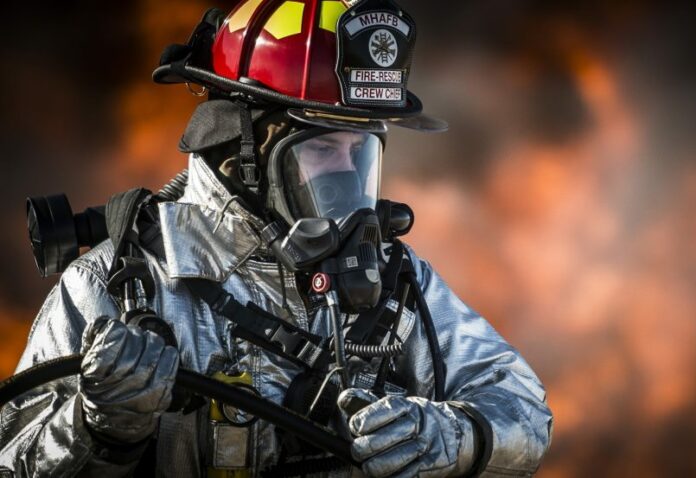 We chased down five of the hottest wearables and applications that are making a difference in mission-critical operations worldwide. From body-worn cameras to biometric sensors, this tech is on the frontline for public safety organizations worldwide.

The body-worn-camera market has been expanding rapidly in recent years. As technology evolves, the abilities of body-worn cameras have developed, too.

The BIO-AX® from Audax Security is an all-in-one body-worn video device that provides rapid, non-invasive screening of people, bags, documents and vehicles. It has live video/audio/data features that are securely encrypted and able to be streamed to authorized remote users. With HD recording, infrared night vision and thermal imaging, the BIO-AX® is also capable of license-plate recognition and facial recognition. Co-funded by the Horizon 2020 programme of the European Union, expect to encounter BIO-AX® at border controls across Europe and beyond.

The average wearable device shipped in 2019 will incorporate 4.1 sensor elements—up from 1.4 in 2013, according to the most recent IHS Screen Digest report.

In a partnership funded by the U.S. Department of Homeland Security Science and Technology Directorate, Hexoskin and SensorUp demonstrated how Internet of Things (IoT) and sensor data can be combined to support first-responder missions.

Sensor data from Hexoskin smart shirts is delivered to SensorUp’s IoT data-exchange platform. The platform configures the information and reports it to a common operating picture viewed by managers directing the response. The platform reports the biometrics side-by-side with other important situational details, so managers can understand the whole situation from a single information access point.

Proving its usefulness beyond just Pokemon Go, augmented reality is beginning to weave its way into public-safety technologies.

Titan Health and Security Technologies have launched Titan HST, a patented Next Gen 911 two-way emergency communications platform, with both app and web-based versions. Most interestingly, they are employing augmented reality to scan sites, communities, buildings, and to pinpoint where emergency incidents (and the type of incident) is occurring. The app gives law enforcement, campus administrators and users instant access to communicate emergency alerts, broadcasts and lockdowns, survey users for safety status and provide site-specific emergency materials. Titan HST dramatically boosts emergency response capacity, and reduces administration response time by 50 percent. Already deployed in schools across the US, the app is being hailed as ‘life-saving’, and is internationally accessible.

CommandWear defines itself as a situational-awareness tool that lets users keep their eyes, ears, and hands on the job at all times. The tech enhances a response professional’s ability to anticipate, communicate and act “Heads Up and Hands Free,” by enabling clear and fast communication. Working across smartphones and smartwatches, and communicating back to a web-based Commander app, it allows for GPS tracking and a secure two-way text messaging interface. Pictures and Videos can be shared among Responders and Command, with notes, timestamp and geo-tags that instantly appear on the Commander’s map display.

Using CommandWear has recently improved response times by up to 20 seconds during a Canadian paramedic trial.

In a booming market for fleet management, products like Trackimo are allowing public safety agencies to better manage their on-road assets.

Trackimo is used to manage fleets, including emergency-medical-services [EMS] vehicles, allowing users to maintain a birds-eye view of their teams. The device tracks vehicle movement and driver activity. For fleets such as ambulances and other emergency response vehicles, driver behaviour can be pivotal for the patient and the rest of the team on board, as it is up to them to be able to transport the patient safely. While it is understandable for an ambulance driver to go beyond speed thresholds while servicing an emergency, when they exceed limits with no emergency nearby, tech like Trackimo gives insight as to why by analysing collected data and allows better employee management.

To learn more about the ways innovative wearables and applications are impacting the public-safety industry, register for Mission Critical Africa, the industry’s only event on the African continent focused on the technologies improving public-safety today, tomorrow, and beyond. Tickets are free for public-safety professionals and are available online now. 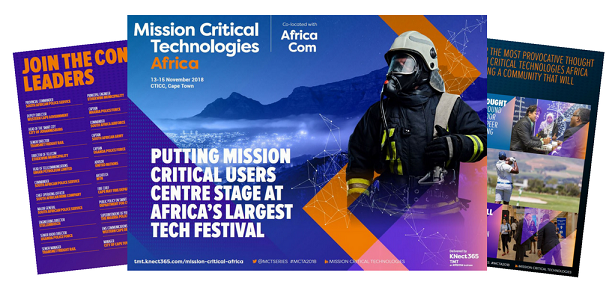