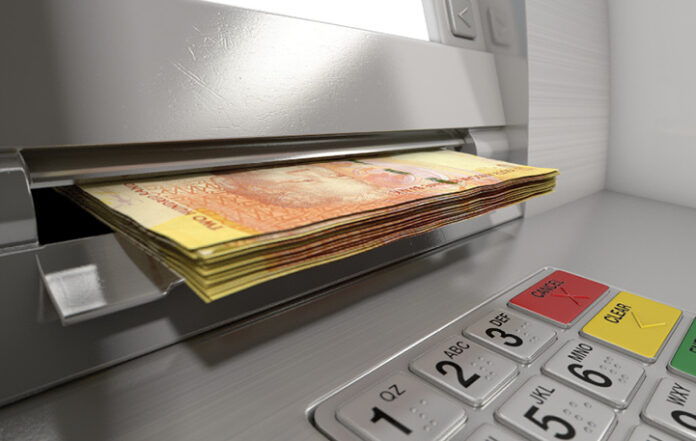 If poor people are to be helped by government and municipalities, then the budgets of those entities have to be efficiently administered. In the presentation of the 2016/17 budget of the Department of Finance, Economy and Enterprise, it was reported that the Provincial Government of the North West is improving with regard to audits, but that local municipalities are getting worse.

Three provincial departments have been mandated to improve the financial performance of municipalities. Steps include monthly meetings between Treasury officials and mayors and standard contracts for managers. The Chartered Institute for Government Finance, Audit and Risk Officers trains and rewards entities such as city councils for clean audits. Dr Ruth Segomotsi Mompati District Municipality won an award in 2016 for risk management.

Whereas the private sector is the biggest factor in the banking sector, there are growing moves by the state to become involved. Post Bank, a division of the South African Post Office, is far advanced in its application for a full banking licence and a further two state banks are planned: Ithala (currently an enterprise funder in KwaZulu-Natal) and a Human Settlements Development Bank, which will focus on housing for poorer households and state-funded housing projects.

This may have relevance for a province such as North West, which has a big rural population.

The North West Provincial Government itself is planning to create a fund to stimulate investment. The planned People’s Economic Growth Agency (PEGA) is to be founded by the North West Development Corporation (NWDC) with the intention of attracting more than R10-billion for “strategic investments”. This will no doubt be in partnership with banks and other agencies. The North West University has been flagged as a strategic partner and areas of investment suggested are ICT, energy and solar geysers.

All of the country’s major banks and financial institutions are represented in the North West. Financial services are available even in small towns, although the bigger cities like Potchefstroom, Rustenburg and Klerksdorp have a greater concentration and diversity.

Financial services extend beyond advising rich people on how to invest their assets, or balance their portfolio. In a province where there has been some real financial distress brought about by bad times and retrenchments, something is being done to address this.

A long strike in 2012 created tough conditions for some workers in the platinum sector. Anglo American Platinum has teamed up with Summit Financial Partners to help miners manage their debt and plan their finances better through a scheme called Nkululeko. Garnishee orders went down among the Nkululeko group by 80% between 2011 and 2016. In 2016, Summit won a Constitutional Court judgement to the effect that the judiciary must keep an eye on emolument attachment orders (garnishees) to make sure they are fair. It had earlier been found by a High Court that some orders were grossly unfair and exploitative. Summit has an office in Hartbeespoort.

The Association for Savings and Investment South Africa is behind another initiative called Project Qaphela, a financial literacy programme aimed at workers in the mining sector. The curriculum covers budgeting, saving, borrowing, understanding documents such as payslips and benefit statements and preparations for retirement. Partners in the programme include the National Union of Mineworkers, Sanlam and Coronation.

Ubank is owned by a trust that is managed by the Chamber of Mines and the National Union of Mineworkers (NUM). It has several branches in the North West.

With agriculture being such an important part of the North West economy, each of the Big Four banks has specialists in the province and dedicated units such as Nedbank Agribusiness. Focus areas for this unit are agronomy (grain, oil seeds, sugar and cotton), livestock (including game farming), horticulture (fruit and vegetables, for example), and secondary agriculture which covers agricultural processing and storage.

Standard Bank has a R500-million black economic empowerment agricultural fund designed to connect farmers who have received farms in land reform projects to agri-businesses that will buy their produce.

Another source of funding for farmers is the Land and Agricultural Development Bank of South Africa (Land Bank), a development-finance institution that falls under the national Ministry of Finance.

The large agricultural companies all have finance divisions. CertiSure is a joint venture between NWK and Senwes that offers short-term insurance, crop insurance, financial planning, medical funds and funeral policies. Senwes Credit is a registered credit provider which offers asset financing in collaboration with Wesbank. Temo Agri (a division of Brits-based Magalies Graan Korporasie) and Noordwes Korporasie (Lichtenburg) have received the backing of the Industrial Development Corporation (IDC) to enable them to roll out agricultural credits to emerging farmers.

The Royal Bafokeng Nation, a community of about 150 000 people living on platinum-rich land north-west of Rustenburg, is a shareholder in a large banking group and several of South Africa’s insurance companies through its investment company, Royal Bafokeng Holdings (RBH).