International chemicals and energy company Sasol has several large plants in Mpumalanga and plays a major role in the economy of the province. The company’s most recent upgrade of two polypropylene manufacturing plants at Secunda has been completed at a cost of R1.1-billion.

This follows shortly after a stabilisation scheme valued at R1.3-billion and is part of the global giant’s ongoing investment in its facilities. More than 900 jobs were created for the duration of the upgrading project, which took place while production continued at the plant. Polypropylene is used in packaging, automotive components and textiles and demand is growing every year.

Products manufactured at the Secunda complex include petroleum, paraffin, jet fuel, creosote, bitumen, diesel and lubricants. Gas by-products include oxygen and acetylene, liquefied petroleum gas (LPG), and hydrogen and nitrogen. The primary feedstock for synthetic-fuel production is coal, and the plant is located in the heart of Mpumalanga’s coalfield region.

The Sasol Synfuels refinery, which forms part of the Sasol complex at Secunda, is the only commercial coal-to-liquid fuel plant in the world, and forms a vital part of South Africa’s oil and gas sector. In July 2017 Sasol announced that the synfuel plant produced a record annual output.

Sasol is spending about  R12-billion on expanding the capacity of the synfuels plant and on installing an oxygen plant and more Sasol Advanced Synfuel (SAS) reactors to convert gas feedstock to liquid fuel.

Sasol will also likely be a key player when national government delivers its new policy on the biofuel ethanol industry. Statutory minimums for biodiesel in diesel and bioethanol in ethanol will give certainty to producers and boost production levels across the country. Sasol is already making 285 000 kl of absolute alcohol in ethanol from sugar fermentation annually at Secunda. The company’s sophisticated technology for deriving liquids and gasses from coal can easily be converted to biomass sources such as sugar.

A partnership between forestry and paper company Sappi and Finnish company Valmet is also exploring the potential of sugar extraction. A demonstration plant has been built at Sappi’s Ngodwana Mill.

A new national focus on gas as a fuel to supply energy will benefit the province of Mpumalanga, which already uses and transports gas in large quantities. Sasol and the provincial government have commissioned an in-depth technical feasibility study for a Petrochemical Technology Park to be located in the province.

Three natural gas exploration permits were awarded to Tosaco Energy in 2017 for the area between Amersfoort and Balfour in the western part of the province. Tosaco Holdings has a 25% stake in Total SA. Testing in the sandstone-rich area should be complete by 2019. Two methane-gas exploration rights have been granted to Highland Exploration in the Evander area.

Evidence of national government’s new commitment came in the 2016/17 budget speech of the National Department of Energy, when plans for a 600 MW gas-fired power plant were announced.

The National Department of Trade and Industry (dti) has established a special unit to import liquefied natural gas (LNG) into the country, as part of the strategy to overcome the reliance on coal to power South Africa’s power stations. The vast gas fields off the coast of Mozambique are the most obvious source of supply, and Sasol has shares in one of the fields there and is involved in processing and transporting the gas within that country and to South Africa.

Sasol Gas is one of the four Sasol operations at Secunda, supplying natural gas to Sasol Synfuels and buying Sasol Synfuels’ methane-rich pipeline gas to sell to customers in Mpumalanga and KwaZulu-Natal.

Natural gas is an inexpensive alternative to coal. Although the coal industry still has life in it (old fields are being rehabilitated and new ones created – Sasol is itself spending R15-billion on opening three), it is a finite resource.

Petroleum Agency SA is the state agency responsible for promoting and regulating exploration and production of oil and gas in the country.

Many of the big mining and manufacturing concerns in Mpumalanga have long-term contracts for the supply of gas with big gas companies. Afrox and Air Liquide are two of the biggest, with the latter having 3 500 national customers, which include Sappi and Sasol.

When it comes to liquid petroleum gas, mostly used in households (and normally delivered by canisters), some changes are coming for consumers. The Competition Commission wants to make the sector more competitive, and aims to do this by reducing the duration of contracts between bulk sellers and refineries (Mail & Guardian). South Africa’s LPG market is worth R1.5-billion per annum and the country produces 300 000 tons of product. One of the aims of the commission is to make LPG cheaper and more easily available to private consumers, who currently make up just 3% of the market. 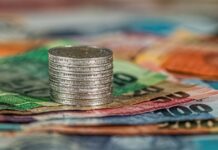